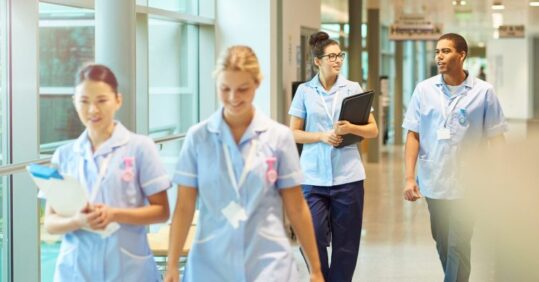 A Conservative health minister has sparked outrage after insisting nurses are ‘well paid for the job’ and have secure roles that many people ‘would envy’.

This comes after the RCN warned the Government ‘can expect a backlash from a million NHS workers’ if it goes ahead with its proposed 1% pay rise in England for NHS staff on Agenda for Change contracts.

Speaking at a debate on NHS pay yesterday, Lord Bethell said: ‘There are millions of people out of work out of the back of this pandemic. There are lots of people who have had an extremely tough time and who face a period of unemployment.

‘Nurses are well paid for the job, which is a secure job, and they have other benefits. There are many people in this country who look upon professional jobs in the NHS with some envy.’

He added: ‘We appreciate the contribution made by nurses and the whole healthcare sector, but there is no disguising the fact that these are attractive jobs, which many people wish to take up.’

Nurses on Twitter have challenged Lord Bethell, who is a hereditary peer, to ‘live off the wage of a newly qualified nurse’.

The Government recommended the 1% wage boost in its evidence last week to the NHS Pay Review Body (PRB), which advises on pay for Agenda for Change staff. The PRB is expected to publish its own pay recommendations in May, before ministers make the final decision soon after. The wage will then be back dated to April this year.

During the session, Lord Bethell also admitted that ‘pay rises are important’ but argued that the Government was instead working on improving training opportunities and recruiting new staff, following the Government’s promise to deliver 50,000 more nurses by 2025.

He added: ‘The evidence to the pay review body is clear: affordability is a key challenge for the whole country and we wait for the pay body to review that evidence.’

Also speaking at the debate, Labour peer Lord McNicol urged the Government to reconsider the 1% pay rise proposal, adding that it was a ‘kick in the teeth’ for healthcare professionals who ‘have had to work in the most difficult, demanding and dangerous circumstances’.

Earlier that day, NHS England chief executive Sir Simon Stevens confirmed that the NHS Long Term Plan, published in 2019, budgeted a 2.1% pay rise for Agenda for Change contracts. Although, he also pointed out that it was ‘approaching two years ago, so things have changed’.

He added: ‘The government gets to decide what NHS pay should be… But you would expect me as the head of the health service to obviously want to see properly rewarded NHS staff, particularly given everything they’ve been through over the past year.’