Nurses with Covid-19 symptoms should stay off work even if test is negative, says NHS 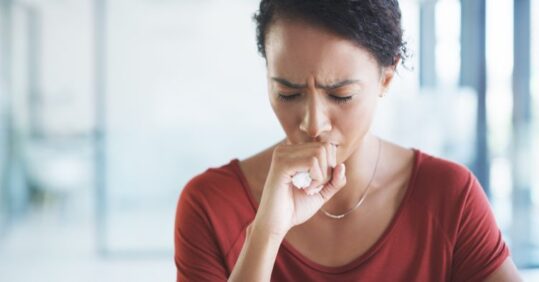 Nurses and other NHS staff who have tested negative for Covid-19 should not return to work if they still have symptoms, NHS England has said.

The advice was issued in an NHS England webinar last week, during which the organisation said that ‘most’ negative test results will be accurate, though the positive test results are thought to be less precise.

However, NHS England officials acknowledged there will be some people who do produce false negative test results – due to either a poor swab sample or them only ‘shedding’ the virus in their lungs, rather than nose and throat, where the swab is placed.

Despite this, NHS England said the coronavirus testing system had so far helped 20% more staff return to work.

It comes as the Government has confirmed it has met its target of providing 100,000 coronavirus tests per day in the UK by the end of April – though there have been reports it changed its method of counting to meet its goal.

The Government now has 48 regional drive-through testing sites across the UK and 50 mobile testing units across England, while it is also sending out home-testing kits.

However, some regions do not have a nearby drive-through site and GPs Pulse has spoken with have warned it is not always feasible for staff to travel long distances if feeling unwell.

Meanwhile, GP leaders have warned that while self-testing kits make it easier for GPs to get tested, they ‘do pose a number of risks’, such as potential contamination and false results if the swab is not taken correctly.

During the NHS England webinar last night, the organisation’s testing cell incident director, Keziah Halliday, said: ‘If somebody has symptoms of any description then normal rules about illness apply – if someone is unwell, they should not be returning to work, irrespective of what their test result says.’

She added: ‘Just because they test negative for Covid, it doesn’t necessarily mean they haven’t got something else.

‘If they have symptoms, you would not want them to be back to work, just as you wouldn’t if they have any other virus.’

Dr Aidan Fowler, NHS England national director of patient safety, also said: ‘Although most people shed the virus early, we [sometimes take the test] just before their symptoms have developed and we don’t get high rates of virus, or they are only shedding from their lungs and we don’t see it in their nose and throat. Or the sample just wasn’t good enough.

‘Which is why it is important to have the safety net which says if you have symptoms that are very convincing – clearly if you are unwell you wouldn’t want to return to work – but if you have convincing symptoms and a negative test, you should be cautious about that.’

Earlier on he also noted: ‘Because most people do not have the condition, most of the negatives will be true.’

GPs have said they have already been asking staff to stay off work if they feel unwell or show symptoms, despite having a negative test result.

GP partner Dr Iain Matheson, from Inverness, said: ‘If we’ve got a staff member who is still symptomatic but had a negative test, we have been applying common sense and telling them to stay off until they feel better.

‘In an ideal world we would have a test that is 100% accurate but we don’t live in that and it’s the best test we’ve got at the moment. The gold standard is repeat testing if you’re still symptomatic and I’m not sure just how practical that would be.’

Meanwhile, Dr Helen Price, a GP registrar based in the south west of England, who tested positive for coronavirus, said the lack of nearby drive-through testing sites in some regions was a concern.

She said: ‘I am lucky I live with my partner who could drive me. The way that I was feeling, there was no way I could have driven myself half an hour one way and half an hour back on a motorway to go and get tested.

‘A colleague of mine had the same dilemma because her partner is blind so she was the only one who could drive and she said she struggled to drive that far away.’

The RCGP has called for a ‘more thorough and consistent approach’ to testing by the Government.

Its chair, Professor Martin Marshall, said: ‘Self-testing kits might prove to be a useful solution for GPs who have difficulties accessing, and are located long distances from, testing sites.

‘Despite benefits of accessibility, self-testing kits do pose a number of risks such as potential contamination, and false positives and negatives. So, it is crucial that the guidance that accompanies these test kits is clear and robust, in order for GPs and their patients to have confidence in their accuracy and reliability.’

He added: ‘Plans for a more thorough and consistent approach to testing would be beneficial to GPs and other frontline workers, but only if these tests are readily accessible, and results are processed in a timely manner.’

Nurses and all other NHS staff are due to be able to get tested for coronavirus ‘whether or not they have symptoms’, according to a Government announcement this week. So far only NHS staff who have symptoms have been eligible, largely by using drive-through facilities.

Nurses and other NHS staff who have tested negative for Covid-19 should not return to work if they still have symptoms, NHS England has said.