Nursing vacancies surge by nearly a third in Scotland 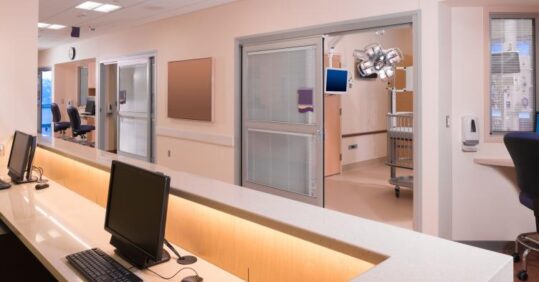 Scottish nursing vacancies have risen by nearly a third in three months, prompting the Royal College of Nursing (RCN) to issue fresh calls for action in order to tackle the shortage.

The latest NHS Scotland statistics show that there were 3,564 whole-time equivalent unfilled nursing posts in June 2019, a 28.4% rise from the 2,776 vacancies recorded in March this year.

In response to the figures, the Royal College of Nursing (RCN) is urging the Scottish Government to boost the number of nursing and healthcare support staff.

The College is concerned that staff numbers are falling behind patient demand with members reporting that ‘there isn’t enough of them to do their job properly’.

It went onto highlight the safe staffing law introduced in Scotland in May, which demands that health and care services are properly funded and staffed.

Meanwhile, the number of midwifery vacancies jumped to 225, an increase of 71% from 132 vacancies in March.

Commenting on the statistics, director of RCN Scotland Theresa Fyffe said that there are ‘simply too few nursing staff’ across acute and community settings.

She continued: ‘The Scottish Government must not lose sight of this workforce challenge. Scotland needs more nursing staff, we need more people to want to become nurses, and we need to have policies and working conditions that support nursing staff to stay in the profession.’

‘We’ve protected free nursing and free midwifery tuition and not only kept their bursary, but we are increasing it to £10,000 from next year.’

Scottish nursing vacancies have risen by nearly a third in three months, prompting the Royal College of Nursing (RCN) to issue fresh calls for action in order to tackle the shortage.