Over 80% of patients had ‘good’ general practice experience during pandemic 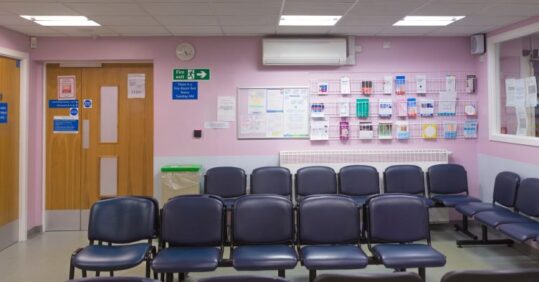 More than eight in ten patients (83%) had an overall ‘good’ experience of their GP practice this year, the NHS’s latest GP patient survey has revealed.

This year’s figures, published this month but covering January to March 2021, showed GPs have maintained patient satisfaction levels similar to before the pandemic, when 82% reported a ‘good’ overall experience in 2020.

A total of 71% said they had a ‘good experience of making an appointment’, compared with 66% in 2020 – and with 68% agreeing they found it ‘easy to get through to their practice by phone’.

The annual survey, conducted by Ipsos MORI on behalf of NHS England since 2007, polled 850,000 patients in England.

The survey also revealed that:

Ipsos MORI said that the effects of the Covid pandemic taking place during the survey ‘should be taken into account when looking at results over time’.

Beccy Baird, senior fellow at the King’s Fund think tank, said: ‘The GP patient survey shows that despite the huge pressure on GPs at the beginning of the year, patients reported increased levels of satisfaction.’

However, she warned that GPs will face a ‘capacity crunch’ as ‘pent-up demand’ from patients who avoided making appointments.

She said: ‘The Government and NHS leaders need to consider how general practice will be supported to work with other NHS and care services to make sure that people continue to be able to access the care they need.’

It comes amid ongoing controversy over GP access, after NHS England issued guidance to practices in May that said patients should be offered face-to-face appointments if that is their preference.

The latest GP appointment figures demonstrated the ‘immense pressures’ GP practices are under, with practices in England carrying out 31.5 million recorded patient appointments in April.

A version of this story was originally published by Nursing in Practice sister title Pulse.