Pay rise for nurses would be ‘indication’ for general practice, says RCN 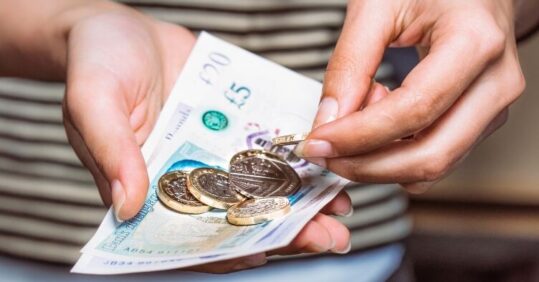 Securing a fair pay rise for nurses on Agenda for Change contracts would act as ‘an indication’ of what nurses in general practice deserve to be paid, the RCN has said

This comes after RCN members in the majority of NHS employers balloted across the UK have voted in favour of strike action, but not all nurses could vote in the ballot – not will all nurses be eligible to take part in the planned strikes.

Nurses not on Agenda for Change contracts – including some working in general practice, schools, and care homes – will not be directly impacted by any pay award that RCN members might win.

However, Heather Randle, RCN professional lead for primary care, told Nursing in Practice: ‘We’ve always called for pay parity between the NHS and every other setting, and we’ve always been clear that what the government awards the NHS is an indication of what they believe nursing staff in any setting deserves.’

Ms Randle added: ‘Nursing staff in GP surgeries deliver safety-critical nursing care and they deserve pay, terms and conditions that at least match their colleagues in the NHS. We continue to support non-NHS members in seeking appropriate recognition in their pay and working conditions for the complex expert care they deliver.’

Yet there is still disquiet among some nurses in general practice, prompted by a feeling that nurses not on Agenda for Change contracts are being excluded from the discussion. Clare Mechan, a practice nurse working in Dorset, told Nursing in Practice: ‘There is great frustration that GPNs/ANPs working in primary care have not been included by unions in the voting. This leads us to feel excluded from any future reforms.

‘There is ongoing frustration that there are no national standard terms and conditions for nurses working in GP practices – and there seems to be little support from unions to push this agenda forward. Pay is very varied in primary care, some nurses are paid less than hospital colleagues.’

Ms Mechan also explained there is a lack of public understanding that nurses working in general practice are ‘not on the same terms and conditions and do not get equivalent maternity or sickness pay’.

Yet many nurses have expressed their strong support for the RCN strike and their colleagues in the NHS.

For example, Ben Scott, an ANP and practice partner in Rotherham, told Nursing in Practice: ‘I have not been able to help but I stand in solidarity with my nursing colleagues this action is long overdue.

‘The fundamental strike action is for pay but it’s so much bigger than that. Poor working conditions and gross understaffing are just a few things that our beautiful NHS is suffering from that is directly affecting nursing staff.’

Likewise, practice nurse Julie Braham from Dudley said that she was in favour of an RCN strike and will be joining her colleagues ‘on the picket line’ once the dates of the strikes have been announced.

However, some said they would not take the option to strike if balloted. Emma Crowe, an ANP in a Cheshire general practice, said: ‘I personally would not strike and don’t know any colleagues that would in general practice. Yet she added: ‘If I was having to go to food banks to eat and working antisocial shifts – I would be definitely considering striking.’