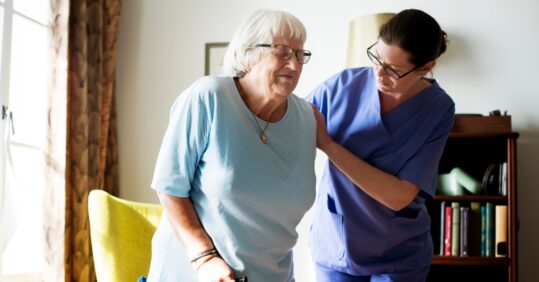 Boosting pay for social care staff must be an immediate priority for the Government in order to stabilise the sector and tackle its 110,000 job vacancies, says the Health Foundation.

Nurses working in the NHS earn 7% more than those working in adult social care, a gap partly responsible for the sector’s staffing crisis and set to grow under the NHS pay deal, says the health charity in a report analysing how to fix the social care crisis in England.

It warned that there must be an additional £4.4 billion investment in adult social care a year by 2023/24 in order to keep existing services running – including growing staff pay in line with the NHS and meeting future demand.

The analysis also calls for a further £3.1 billion investment at ‘bare minimum’ in order to cap individuals’ lifetime care costs at £46,000. The charity says this would alleviate people’s fears of losing their homes and assets to pay for care.

According to the report, one in 10 people aged 65 face future lifetime care costs of over £100,000. Meanwhile, funding cuts have meant the number of older people receiving publicly funded care fell by 400,000 between 2009/10 and 2014/15 with many going without the care they need.

Without action, the report says that the staffing crisis is likely to be exacerbated in the wake of Brexit: 8% of social care staff are of EU nationality and 90% of care workers earn below the proposed £30,000 salary threshold for immigrants to qualify for a work visa after the UK leaves the EU.

Charles Tallack, assistant director for health and social care sustainability, called the current social care system in England a ‘shameful policy failure, which is compounding the suffering of some of the most vulnerable people in our society’.

He continued: ‘The new government must start addressing this systematic failure by stabilising the market, boosting staff pay and putting in place reforms that limit the costs for those most in need. This would be a welcome start but we urge the government to go further and expand access to state-funded care by reducing the threshold at which people are eligible for care.

‘Successive governments have ducked the need for reform for too long, but a solution is within reach. An additional £7.5bn by 2023/24 is relatively affordable, representing less than one per cent of total government spending. By taking advantage of policies already on the statute books, the government can act quickly and create a system that is fit for the future.’

Boosting pay for social care staff in order to stabilise the sector must be an immediate priority for the Government, says the Health Foundation.