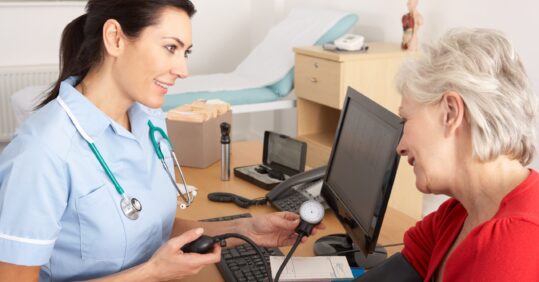 GPs and health professionals will have to conduct more blood pressure and cholesterol checks as part of a new campaign by Public Health England and NHS England.

The new campaign is aimed at preventing or delaying cardiovascular disease by improving detection and treatment of its major causes – high blood pressure, cholesterol and atrial fibrillation.

PHE and NHSE want to increase the proportion of 40 to 74-year-old patients who have received a formal CVD risk check and a high cholestrol check – from 49% now to 75% by 2029.

The two organisations also want to ensure millions more people with high blood pressure are detected and treated – so that 80% of people with hypertension are diagnosed by 2029, instead of the current 57% (6.8 million people).

As part of the campaign, launched today, people aged between 40 and 70 years are being urged to get their free NHS Health Check, which helps detect the early warning signs of CVD.

It is hoped the new efforts to tackle CVD will help meet the NHS long-term plan’s goal to prevent 150,000 heart attacks, strokes and dementia cases within the next 10 years.

The new targets were launched today by PHE and NHSE alongside a coalition of more than 40 organisations – including charities and the RCGP – that make up the National CVD Prevention System Leadership Forum.

PHE chief executive Duncan Selbie said: ‘We know our PIN numbers but not the numbers that save our lives.

‘Thousands of heart attacks and strokes can be prevented by more people knowing their blood pressure and cholesterol numbers and by seeking help early. Prevention is always better than cure.’

GPs and health professionals will have to conduct more blood pressure and cholesterol checks as part of a new campaign by Public Health England and NHS England.