Practice nurses account for only 4% of primary care complaints

Written complaints about primary care have risen since last year but just under 4% of them were about practice nurses, new figures published by NHS Digital show.

This equates to one written complaint per 265 people or 572 complaints per day.

Around half of these complaints were not upheld (50.4%), whilst 36.4% were fully upheld and the remainder partially upheld.

The report, Data on Written Complaints in the NHS, 2017-18, found that in primary care reported complaints have risen by 4.5% since the previous year, whereas in secondary care they have fallen by 3.3%. 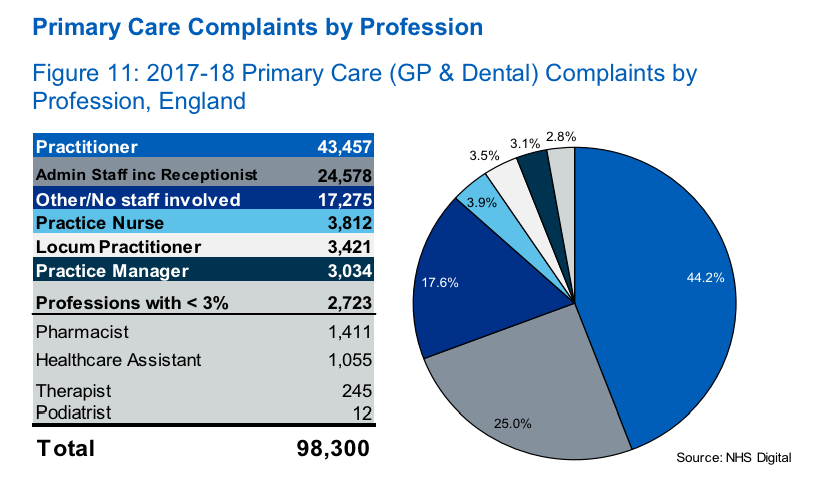 The majority of complaints in general practice related to communications (15.6%), followed by clinical treatment (13.3%) and then staff attitude/behaviour/values (11.7%).

Parliamentary and health service ombudsman Robert Behrens said: ‘NHS staff are working under immense pressure. It is a credit to them that the data does not show a significant increase in complaints overall.

‘The NHS complaints process is an essential channel to improving public services and we encourage people to speak up when things go wrong.

‘We owe it to the NHS’s dedicated and skilled workforce to talk about mistakes in an open and transparent way enabling organisations to learn from them, make improvements and ensure they are not repeated.’

Written complaints about primary care have risen since last year but just under 4% of them were about practice nurses, new figures published by NHS Digital show.