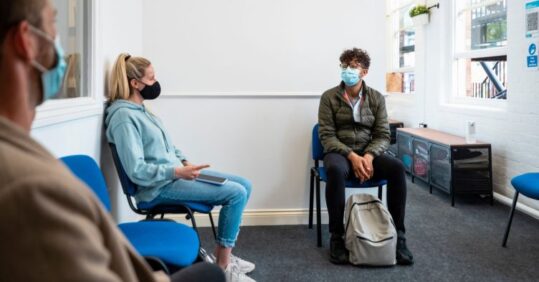 General practice and community pharmacy delivered 71% of Covid vaccines, far above the 56% that had been expected, a report has found.

Overall, the National Audit Office (NAO) found in an analysis that the Covid vaccination programme in England has vaccinated more people, had less wastage and made greater use of general practice than had been expected when first put in place.

The report, which did not include the recent booster programme, found that between the start of the Covid-19 vaccination campaign and the end of October 2021:

General practice and community pharmacies were the also the most popular delivery model for all priority groups although people aged under 65 were more likely than others to use dedicated vaccination centres.

And while the programme had planned for 15-20% wastage, only 4% of vaccines had had to be thrown away, which included 1.9 million expiring AstraZeneca doses after changes to clinical advice around their use in the under 40s.

By the end of October 2021, the Covid-19 vaccination programme in England had spent £5.6bn out of total available funding of £8.3 billion for the two years to the end of March 2022, including £2.9bn to purchase vaccines and £2.2bn on deployment.

Contracts or agreements are in place with six suppliers for over 340 million doses of vaccines to be delivered to the UK by the end of 2022, the NAO said.

But the NAO noted that the programme had not met some later objectives including targets to vaccinate most 12-to-15 year olds by late October 2021.

Despite the overall success, there are now substantial risks that must be managed, the NAO concluded, including staffing issues, burnout, and a lack of surplus capacity.

The report did not take into account the booster programme, which has now seen more than 38 million patients fully protected.

Practices ‘pulled out all stops’ for Covid vaccines

Gareth Davies, the head of the NAO, said: ‘The vaccine programme has been successful in getting early access to what were brand new Covid-19 vaccines, securing supply of them, and administering them to a large proportion of the population at unprecedented speed.

‘The programme must now redouble its efforts to reach those who are not yet vaccinated while also considering what a more sustainable model will involve as it moves out of its emergency phase.’

Meg Hillier, MP, chair of the committee of public accounts said great credit was due to all those involved from the scientists creating the vaccines to those procuring doses and administering the jabs.

‘However, the success of the roll-out didn’t extend to all parts of society. Government needs to do more to understand how it can better reach those groups and communities where uptake was low.

‘Now the worst of the pandemic has hopefully passed, the government can’t afford to put its feet up. It must learn lessons from its response to Covid to ensure the country is better prepared for future emergencies.’

RCGP vice chair Dr Gary Howsam said GPs and their teams, working with colleagues across the health service, had ‘pulled out all the stops to ensure as many people as possible are protected from Covid-19’.

He pointed out that the report did not take into account the booster programme, which has now seen more than 38 million patients fully protected.

‘It remains crucial that patients continue to get as much protection as possible so that we can move from a pandemic to an endemic Covid situation and GP teams will remain key to this effort.’

A version of this story was originally published on Nursing in Practice’s sister publication Pulse.