Practices ‘not allowing time between patients to clean rooms’ 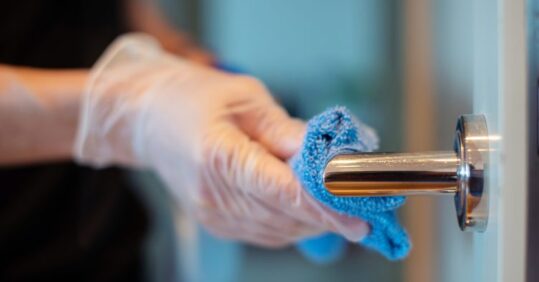 Practices are not giving nurses enough time to clean consultation rooms between face-to-face appointments with patients, Nursing in Practice has learnt.

GPNs have also said some practices were ‘returning to normal’ – without frequent cleaning – as they were before Covid-19. While in other practices, nurses are staying late to clean rooms.

Practices across the country had pledged to extend appointment times to allow nurses and healthcare assistants to clean rooms, don and doff PPE, and ensure the patient washes their hands on their way in.

However, RCN GPN Forum chair Ellen Nicholson said she was aware of practice nurses struggling to find time to clean between patients, with some even saying life at their practice had ‘returned to normal’.

Ms Nicholson continued: ‘The cleaning slots for some have been eliminated. Some practices are being short-sighted about infection control.

‘If it’s a good practice or [nurses] have some voice then the practice will adapt [to the need for cleaning] but not all practices will be that way.’

An anonymous practice nurse, who works across two GPs in London, said that she and her colleagues were not ‘always given adequate time’ to clean adequately between appointments.

She explained: ‘The principle is that nurses are given time to clean with longer appointments. However, we often have squeezed in appointments and a backlog of tasks, which wipes the extra time away.’

One of her practices ‘just reverted to normal times so we wipe quickly between patients,’ she added.

She concluded: ‘The structured appointment and slot system has not been implemented as it should’.

An anonymous practice nurse, based in the East of England, admitted that cleaning has been an ‘added strain’, although the GPNs in her practice managed to get it done.

She continued: ‘We’ve always managed to find time between patients but certainly a lot of GPNs are saying how they end up staying behind at end of day to clean, while GPs are out of the door.’

Nursing in Practice asked NHS England to comment. They declined but pointed out they have guidance that states the frequency of cleaning of patient areas should be increased to twice daily, particularly at frequently touched points.

Meanwhile, the British Medical Association advises practice staff to frequently clean and disinfect objects and surfaces that are touched regularly.

The Care Quality Commission told Nursing in Practice it had found that hygiene and cleaning has largely improved in practices as a result of the pandemic.