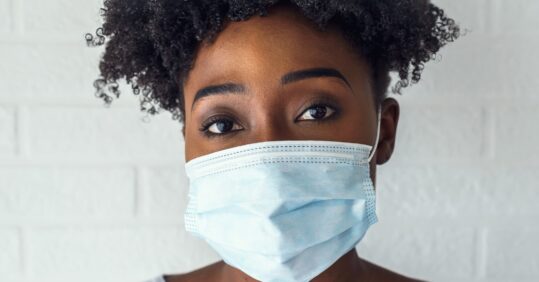 The RCN has called for the urgent release of a delayed review into the impact of coronavirus on Black, Asian and minority ethnic communities.

The Public Health England review was commissioned to look at the impact of factors such as ethnicity, obesity and gender on people’s vulnerability to Covid-19 – but missed its publication deadline at the end of May.

RCN chief executive Dame Donna Kinnair has now called for the report to be published as a ‘matter of urgency’.

She warned: ‘Every day we go without knowing why BAME health and care staff are disproportionately affected by Covid-19 is another day these workers are needlessly put at extra risk.

The Department of Health and Social Care denied accusations to Sky News on Monday that the delay was over concerns around civic unrest following the death of George Floyd in the United States.

A spokesperson told the broadcaster: ‘[The findings] are being rapidly considered and a report will be published this week. It is not true to say this has been delayed due to global events.’

The review was announced by Matt Hancock in early May who said it would look into the ‘disproportionately high number of people from black and ethnic minority backgrounds who have passed away, especially among care workers and those in the NHS’.

The RCN joins others in calling on the Government to publish the review, including Labour leader Keir Starmer.

BAME communities have been disproportionately affected by COVID-19.

We need the findings of this review published and action taken now.

Stop the excuses: publish the review.https://t.co/Zwd7PNNhDk

Mounting evidence has suggested that BAME communities are disproportionately affected by Covid-19.

The Royal College of Nursing has called for the urgent release of a delayed review into the impact of coronavirus on Black, Asian and minority ethnic communities.