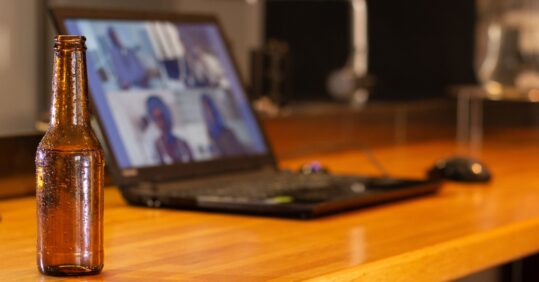 Video call on laptop prepared on a kitchen counter with friends from home with a beer in the foreground. Selective focus. Quarantine concept
Katherine Price

The RCN has criticised what it describes as ‘demoralising and incorrect’ comments made by MP Michael Fabricant suggesting nurses were ‘drinking in the staff room’ during Covid lockdowns.

Speaking to the BBC yesterday after the Prime Minister Boris Johnson was fined for attending a birthday gathering in June 2020, the Conservative MP for Lichfield compared Mr Johnson’s actions to ‘teachers and nurses’ going ‘back to the staff room’ for ‘a quiet drink after a very, very long shift’.

He continued: ‘I do know of some [teachers and nurses] who did. It’s quite natural, I’m not saying that they were having a party. I’m not saying that Boris Johnson was having a party. But I know nurses who, and I don’t think they were doing anything wrong, they’d worked really hard on a long shift, and would go back to the staff room and have a drink.’

But RCN chief executive Pat Cullen has responded by saying nurses finish most days ‘a number of unpaid hours well past shift end, will get home, clean their uniforms, shower and collapse into bed’, often alone during the early days of the pandemic ‘for the protection of others’.

In her letter to Mr Fabricant and Conservative party co-chairman Oliver Dowden, she continued: ‘These shifts – in communities, in hospitals, anywhere people are – are long, unrelenting, understaffed and intense.

‘At the end of one of the many hours, days and years we have worked, since recognition of the pandemic, I can assure you that none of us have sought to hang out and ‘have a quiet one in the staff room.’ There isn’t a site in England that would allow alcohol on the premises for any professional to consume during working hours.’

‘As frontline professionals, still dealing with the implications of the pandemic – understaffed, underpaid, overworked, exhausted, burnt out and still holding it together while doing the best we can for our patients. It is utterly demoralising – and factually incorrect – to hear you suggest that our diligent, safety critical profession can reasonably be compared to any elected official breaking the law, at any time.’

Mr Fabricant has today published a statement claiming two nurses told him that ‘after an exhausting day at work they, too, had had a drink with their work mates’.

He added: ‘They felt it safe as they had not mixed with others and, frankly, I cannot blame them. Those nurses had been working hard for many hours trying to save lives and their quick drink with close work mates could not have spread the disease. I am sure most other nurses and teachers stuck to the letter of the law as did I.’

This comes after the RCN has called on the Government to step in so the NHS and social care no longer have to absorb the cost of staff Covid testing into already ‘tight’ budgets.