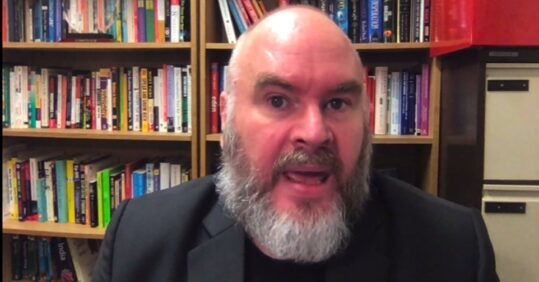 The newly elected RCN Council chair has committed to an independent review of the presidential election, which was controversially scrapped and then restarted.

Dave Dawes (pictured) also announced that the council would hold discussions over whether to hold an extraordinary general meeting (EGM). RCM members have raised a petition calling for an EGM.

Speaking to RCN members via Facebook Live on Friday, he said the decisions were made following a ‘very long and difficult conversation’ in a council meeting earlier that day.

It followed the college’s announcement last week that the presidential elections would be rerun, after two candidates were disqualified without appeal over allegedly breaching election rules and the two remaining candidates dropped out.

Mr Dawes said: ‘I personally believe that to take away someone’s right to stand for election without any opportunity for them to present the case, challenge any evidence, have any mitigating factors considered… It just doesn’t feel right.

‘It doesn’t feel like the kind of justice we fight for day in day out for our members. That is, I believe, why hundreds of you have signed a petition for an extraordinary general meeting to get to the bottom of this.’

Mr Dawes said the council would meet with the EGM petitioners, who collected over 1,000 signatures, to discuss whether an EGM was necessary and, if so, how it would go ahead.

He also confirmed all other elections – including for deputy president, and the country and regional boards – will go ahead as originally planned. The RCN will release more detail on social media and RCN resources.

For the presidential election, the governance committee should seek legal advice and present options back to council, he said.

Meanwhile, the council will consider ‘the right approach and format and timing’ of the planned independent review into the election process, he said.

He continued: ‘I think at the heart of the issue is the belief from many, many members is that two candidates were disqualified for technical reasons with no hearing and no right of appeal.’