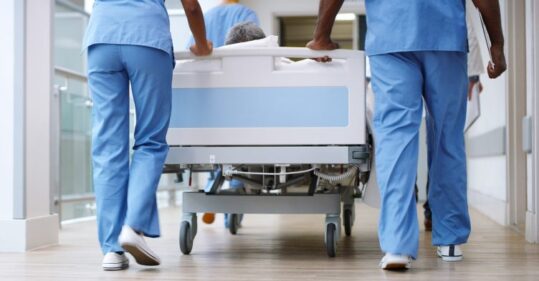 The RCN has demanded a 12.5% pay rise for all staff covered by Agenda for Change, including nurses, as part of a campaign launched on Friday.

The ‘Fair Pay for Nursing’ campaign follows uproar that nurses were overlooked in the latest public sector pay rises, which rewarded other workers including doctors, teachers and police officers.

RCN chief executive Dame Donna Kinnair said the campaign, which aims to secure a one-year deal that applies equally to all bands, is about recognising ‘the skill, experience and responsibility’ of all members of the nursing profession.

She continued: ‘This is about more than the profession’s response to Covid-19 – it is about increasing the attractiveness of the profession, to fill tens of thousands of unfilled nursing jobs and reach safe staffing levels. It is time to pay nursing staff fairly.’

The RCN claimed that while the deal would only cover NHS staff, securing the pay rise would ‘raise the bar, and so also benefit nursing staff working for independent employers’.

It said the pay rise would recognise that nursing salaries have not kept pace with increases in the cost of living and help address the estimated 50,000 nurse vacancies in the NHS in the UK and 40,000 in England.

Currently, the next pay negotiations for NHS staff on the Agenda for Change pay contract are due to take place after March 2021 when the current three-year deal ends.

Graham Review, Trade Union Committee chair, said: ‘Our members have told us they expect things to change, and we will fight for that change.

‘Nursing is the largest heath and care workforce in the UK. It has been underfunded, understaffed and undervalued. The UK government should make the right choice now.’

Late last month, the RCN was mired in controversy after it announced its presidential elections were paused because of rules being breached.

Council chair Dee Sissons and council vice chair Richard Jones have since resigned as nurses came out in support of the disqualified candidates.