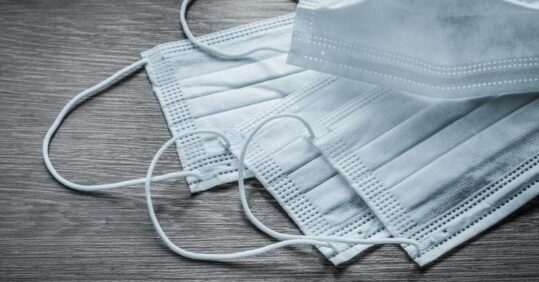 The RCN has criticised updated guidance from Public Health England on reusing PPE during severe shortages.

In temporary guidance released on Friday, PHE told clinicians they can reuse fluid repellent surgical face masks – which are recommended in general practice – if they have elastic ear hooks but not if they are tie-on, as these are more difficult to remove.

RCN chief executive Dame Donna Kinnair accused PHE of developing the ‘unacceptable’ guidance without consulting the college. The RCN has written to the Health and Safety Executive (HSE) to voice its concerns, she added.

The guidance, ‘Considerations for acute PPE shortages’, stated: ‘The Health and Safety Executive has reviewed the options outlined in this document.

‘Where there are acute shortages of PPE, and where it is safe to do so, it approves the sessional and reuse of PPE,’ it added.

The guidance acknowledged that some PPE ‘is designated by the manufacturers as being single use’ but added that ‘some compromise is needed to optimise the supply of PPE in times of extreme shortages’.

It also asked care settings to consider shifting disposable gowns and coveralls to reusable options, unless for high-risk aerosol generating procedures, such as intubation, extubation and manual ventilation.

Single-use eye protection can be reused if in ‘extremely short supply’, it added. However, the reuse of examination gloves and aprons should be avoided.

PHE added that the document ‘aligns with current evidence and Centers for Disease Control and World Health Organization guidance on optimising the supply of personal protective equipment (PPE) and the use of PPE when in short supply’.

Dame Donna said: ‘This guidance was developed without full and formal consultation with the Royal College of Nursing.

‘It is unacceptable that any healthcare setting in the UK does not provide PPE as required by HSE and set out in the existing guidance,’ she added.

The guidance comes after RCN survey released on Saturday revealed that half of nursing staff in ‘high-risk environments’ have been asked to care for patients without adequate PPE during the coronavirus outbreak.

Last week, the Nursing and Midwifery Council said that it will ‘consider context’ if nurses, midwives and nursing associates refuse to work because of a lack of personal protective equipment.