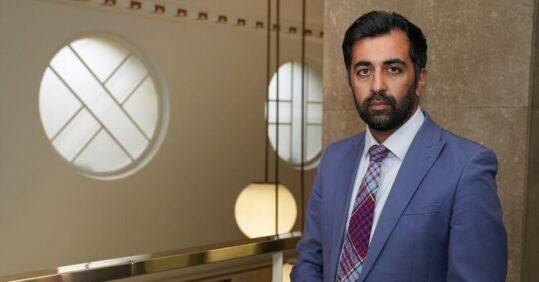 RCN Scotland has paused a formal announcement of strike action in response to a series of meetings between unions and the Scottish Government this week that secured a number of substantial proposals.

This follows talks between the First Minister of Scotland Nicola Sturgeon and RCN general secretary Pat Cullen on Friday 13 January to consider a road map towards resolving the ongoing pay dispute.

The proposals set out by the Scottish Government included an acceleration of pay negotiations for the 2023-24 period and commitments to a full review of the Agenda for Change framework in Scotland, as part of an effort to reward nursing with clear routes for career progression.

Ms Cullen said that the Scottish Government ‘has shown a willingness to return to the negotiating table and to act to address the nursing workforce crisis. The pressure from our members has been key to these negotiations moving forward.

‘Our members in Scotland are being listened to and the First Minister is in no doubt that we will take strike action if the proposals being outlined do not deliver a significant improvement by the end of February.’

The Scottish Government’s proposals on pay

• Negotiations for the 2023/24 NHS Agenda for Change pay offer to commence on an accelerated timetable starting next week with an aim of concluding by the end of February
• A commitment to an additional payment equivalent to three calendar months value of the difference between the 2022/23 and the agreed 2023/24 pay rates
• A firm commitment from Scottish government to a full review of the Agenda for Change framework in Scotland to ensure nursing is recognised and rewarded with a clear route for career progression
• A commitment to match any NHS pay increase in England for 2023/24 if it is higher than that agreed in Scotland
• A commitment to invest any additional consequentials to NHS pay in England for 2022/23 in NHS pay in Scotland for 2022/23.

The Scottish Government has so far shown a substantial willingness to enter into negotiations with health unions, with this being the third offer made, despite health secretary Humza Yousaf saying he had already made his ‘best and final’ offer last November.

Previous offers included an average 7.5% pay uplift for NHS staff, equalling a pay rise between £2,05 and £2,751 depending on the band.

However, the RCN, Royal College of Midwives, and GMB Union all rejected the previous two offers. Only Unison and Unite, which represent a large number of NHS staff in Scotland, accepted the Government’s proposal.

Colin Poolman, RCN Scotland director, said: ‘Our members have said enough is enough and that was before the current pressures, trying to care for patients and keep services running.

‘While the Scottish government repeated their assertion that there is no more money for NHS pay in 2022/23, the strong mandate from RCN members led to the positive discussions this week and the commitment to keep negotiating.’

Mr Yousaf commented that ‘It is very welcome that RCN, RCM and the GMB are suspending industrial action in Scotland, and remain committed to working with us to find a resolution to this dispute.

‘I have always maintained that I will leave no stone unturned in order to avert industrial action in our health service, this positive way forward is a direct result of all parties continuing meaningful dialogue in a constructive an open manner.

‘This is in stark contrast to the UK Government, who have introduced draconian legislation curbing the rights of staff in Scotland’s NHS and other devolved public services, a measure we strongly oppose. I would urge the UK Government to follow Scotland’s example and get back round the negotiating table with trade unions and engage in meaningful discussions.’