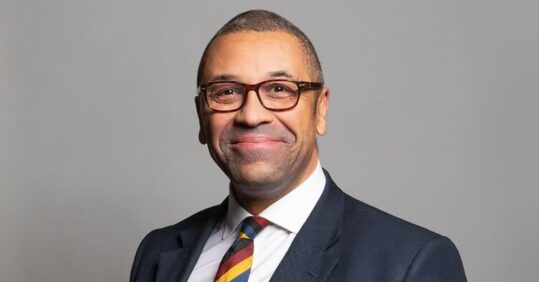 A resolution that could hold off a national nursing strike this Thursday (15 December) now appears unlikely, after Government ministers said over the weekend that they would not consider negotiating on pay with the Royal College of Nursing (RCN).

Foreign secretary James Cleverly, speaking on Sky’s Sophy Ridge on Sunday programme, said that while the health secretary would be prepared to discuss improving working conditions for nurses, they would not be discussing pay with the union.

NHS pay scales are recommended to the Government by the independent NHS Pay Review Body (NPRB), which last summer suggested an average pay rise for NHS nurses of 4%.

Mr Cleverly has suggested that the Government cannot not negotiate pay with the RCN because the health secretary would not go against the recommendations of the NRPB.

Mr Cleverly said on the programme: ‘Of course, the health secretary wants to talk to the profession about how we can make the job better, how we can improve the NHS performance for everybody. But ultimately pay is decided by an independent pay body,

‘The point is, meetings are different from pay negotiations. Ultimately, independent bodies are there for a reason, to take the politics out of this kind of stuff. And we respect the judgment they have made, and we’re implementing it.’

RCN general secretary Pat Cullen says that she would be willing to ‘press pause’ on the strikes if the health secretary would enter into negotiations with the union on pay. However, Mrs Cullen adds ‘that means each of us giving some ground.

‘He gains nothing by ignoring the representatives of the NHS workforce. The public blames government for this dire situation and they have to face up to it. A swift change of tactics will pay off for all concerned.’

The minister’s comments have drawn criticism from trade unions and members of the opposition. Labour’s shadow health secretary, Wes Streeting, said the Government was being ‘dangerous and irresponsible’ by refusing to negotiate with the nursing profession.

Mrs Cullen also speaking on Sky News, disagreed with the minister’s interpretation saying the it was the Government who was ultimately responsible for pay.

Mrs Cullen said: ‘The bottom line is the government sets out the Independent Pay Review Body guidelines. It is the health secretary’s responsibility to negotiate pay.’