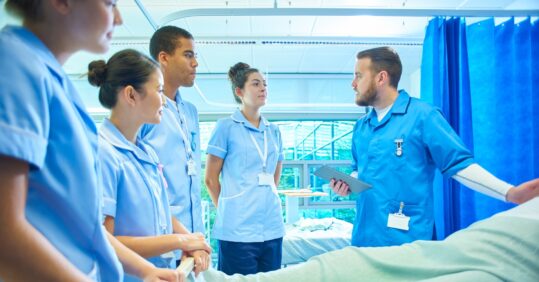 The Royal College of Nursing (RCN) is calling on the chancellor to invest in nursing education as part of the spending review due next month.

Chancellor Sajid Javid must ‘tackle the crisis in the funding of nursing further education’ with an investment at least £1 billion, the Royal College of Nursing (RCN) has warned.

It said ‘clear action’ is needed in order to bring more people into nursing as the number of new nurses is not growing quickly enough to fill vacancies.

The latest figures on acceptances to nursing degree courses showed the numbers are down by 8% in England since 2016 while nursing vacancies remain at around 40,000.

The RCN said the situation ‘risks getting worse’ without investment and repeated calls for a funding boost of at least £1 billion in order to increase student nurse numbers.

It is also urging its members to keep the pressure on the chancellor to make the investment by tweeting him to ‘fix’ nursing higher education.

Patricia Marquis, RCN director for England, said that there has been ‘silence’ from the Government around investment to grow the workforce.

She continued: ‘Together with our members we are calling on the chancellor to heed our call during the spending review.

‘If action is not taken now to boost the number of people starting, and crucially completing, nursing degrees we will continue seeing patient care being put at risk.

‘We need investment now to ensure the health and care system has the nursing staff it needs to deliver safe and effective patient care.’

The Government must invest at least £1 billion into nursing education in its upcoming spending review, the Royal College of Nursing (RCN) has warned.