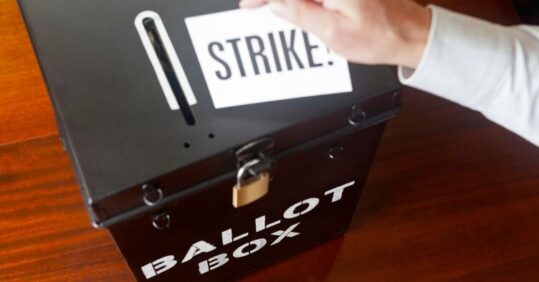 The RCN has urged thousands of its members on Agenda for Change contracts to support strike action as it announces that the ballot in England and Wales will open on 15 September.

Since the Government awarded a below-inflation pay rise of 4% for the average NHS nurse last month, the RCN has been preparing to ballot its members over whether to go ahead with industrial action.

The postal ballot will ask RCN members working for the NHS in England and Wales, on Agenda for Change contracts, if they will take strike action which involves a complete withdrawal of labour. It will open on Thursday 15 September for four weeks.

The RCN also announced that it has increased its industrial action strike fund to £50m, up from £35m. The College’s governing elected Council took this decision to provide financial support towards lost earnings during strike action.

If its members support strike action, it will be the first ever strike by RCN members in England or Wales. The RCN went on strike for the first time in its history in Northern Ireland in 2019 under the leadership Pat Cullen, the current RCN chief executive, in her former role as RCN director in the country.

However, in order to legally take industrial action, a majority of all eligible members must must support the strike. For this reason, the RCN has previously stated that high turnout is essential to the success of any plans for industrial action.

Pat Cullen, RCN chief executive, said:  ’Nursing staff will stop at nothing to protect their patients.  Staff shortages are putting patient safety at risk and the government’s failure to listen has left us with no choice but to advocate for strike action.

‘A lifetime of service must never mean a lifetime of poverty. Ministers refusal to recognise the skill and responsibility of the job is pushing people out of the profession.  The next prime minister must change course urgently.’

Recently, the RCN conducted a survey of its members, finding that 83% of respondents said staffing levels on their last shift were not sufficient to meet all the needs and dependency of their patients safely and effectively, a 10% rise from 2020.

In Northern Ireland, a formal pay announcement is still awaited. In Scotland, the College has urged its members to reject a 5% pay offer from the Scottish government for the majority  of NHS staff working on Agenda for Change contracts. The indicative ballot, which also asks if members would take industrial action, has now closed.