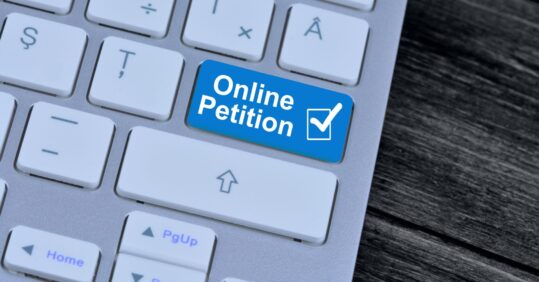 RCN Wales’ petition demanding that a law on safe staffing levels be extended to community and mental health nursing has hit 10,000 signatures, meaning the Welsh Parliament’s Petitions Committee will consider the issue for a debate.

‘We’re overwhelmed by the amount of support we’ve seen. The fact that over 10,000 people have taken the time to sign shows how concerned people are about the care their loved ones receive,’ said Helen Whyley, director of RCN Wales.

She highlighted a ‘significant number’ of RCN members work in the community, helping patients recover from hospital admission or avoiding it in the first place, and so extending the Act into community settings ‘needed to be a priority’.

Ms Whyley added: ‘Safe staffing is everyone’s business. It’s only with the right numbers of registered nurses in all clinical settings where nurses deliver care that we can truly offer every patient the quality of care they deserve.

‘I’m looking forward to watching the Senedd debate this important issue, as I know RCN Wales members will be.’

The petition had 10,055 signatures at the time of writing and will continue collecting signatures until 12 May 2022.

It is anticipated the issue will be considered at the Petitions Committee’s next available meeting on 23 May, at which point members of the committee will decide whether to request a plenary debate, or to take the petition forward in some other way.

If members of the committee decide to request a debate, it could happen before the end of term in June, although this would depend on what other business, including other petitions, were seeking time in the Welsh Parliament. Sometimes members also choose to seek additional information before requesting a debate.

Jack Sargeant MS, chair of the Senedd’s Petitions Committee, said: ‘The campaign behind this petition has been effective in generating an impressive level of support across Wales, achieving more than 10,000 signatures in a few short months. I look forward to having a discussion in the Committee on how we can take this petition forward, and explore the important issues it raises in greater detail.’

Section 25B of the Nurse Staffing Levels (Wales) Act 2016 requires health boards and NHS trusts in Wales to take all reasonable steps to maintain a specified nurse staffing level, which applies to the number and skill mix of nurses required to provide sensitive patient care.

When the law was first passed, it applied to acute adult medical and surgical wards. Last year, it was extended to children’s wards. The petition is seeking to extend the act to all settings where nursing care is provided, starting with community nursing and mental health inpatient wards.

Health boards and trusts are also required to inform the public of the levels of nursing staff on any ward covered by Section 25B.

The RCN Wales workforce report, published last year, estimated that there were 1,719 nursing vacancies in the NHS in Wales alone, up from 1,612 in 2020. However, the actual number could be higher because it is based on incomplete and inconsistent data.

The RCN has called for Wales to join the rest of the UK in publishing national statistics for nursing vacancies. It has estimated that, due to the staff shortage, nurses are having to give the NHS 33,722 extra hours of work every single week.

A Welsh Government spokesperson said: ‘Nursing staff shortage is an issue being experienced around the world and something we are committed to addressing. We are striving to increase staffing numbers through effective recruitment and retention strategies, including international recruitment; and standardised programmes of clinical supervision and preceptorship for our nursing and midwifery staff. These are all currently being developed and pursued either by Health Education Improvement Wales or by the office of the chief nursing officer, as set out in her priorities published on 8 April.’