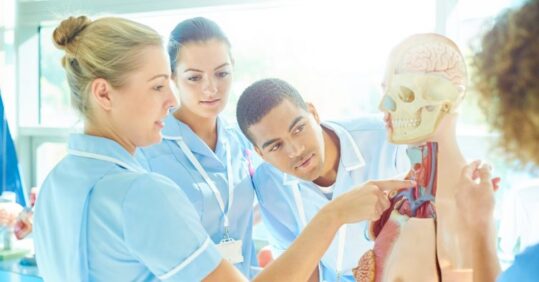 A record number of students have been accepted to study nursing and midwifery in England this year, figures show, but the RCN has called for more financial support for students.

Data published yesterday by the Universities and College Admissions Service (UCAS) reveal that 29,740 students were accepted onto nursing and midwifery courses this year in England, with the final deadline for applications on 15 October.

But RCN director for England Mike Adams warned that ‘further investment is needed to sustainably support a wider range of students – including mature students – through the nursing degree and into the workforce’.

He continued: ‘I’m sure one of the reasons why so many people want to study to become a nurse is the skill and professionalism our profession has demonstrated throughout this pandemic in hospitals, care homes and in the community.’

The government has argued the surge in student nurse numbers means they are on track to reach their manifesto target of 50,000 more nurses in England by 2024/25.

Minister for care Helen Whately said: ‘With over 14,800 more nurses working in our NHS compared to last year, we are on our way to delivering 50,000 more by the end of this Parliament to help us build back better.’

However, a report from the Health Foundation charity published last week found key services may still be short of staff even if the government reaches its target of 50,000 more nurses.

Health Education England chief nurse Professor Mark Radford said: ‘To see such a high number of mature students and successful male applicants is testament to this diversity, and extremely encouraging.

‘We know more needs to be done to meet the target of 50,000 new nurses set by the government and reinforced in HEE’s new mandate, but we are clearly making good progress,’ he added.

Lockdown itself, between 23 March and the 30 June deadline, saw nearly double the number of people apply for nursing compared to the same period the year before (up 98%).

Nearly half of all new applicants during this period said Covid-19 had increased their likelihood of applying and for 8% it was their main or only reason for applying.