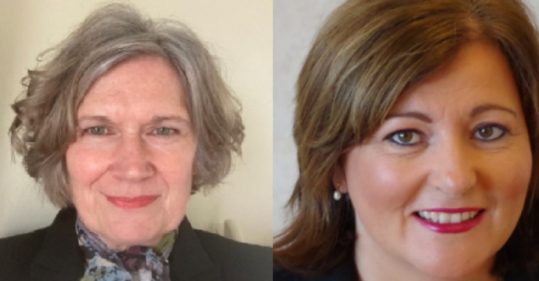 The chief nursing officers for Scotland and Northern Ireland have left their roles in unconnected resignations.

The Scottish Government announced on Monday that its chief nursing officer (CNO) Professor Amanda Croft stood down for personal reasons.  She had been appointed in December 2020 following the retirement of incumbent Professor Fiona McQueen.

Professor Alex McMahon, who is currently executive director of nursing, midwifery and allied health professionals for NHS Lothian, will take over on an interim basis on 4 October.

On the same day, it was also announced Northern Ireland CNO Professor Charlotte McArdle will leave her post to become deputy CNO for patient safety and improvement at NHS England in November.

Revealing the appointment on Twitter on Monday, England’s CNO Ruth May wrote: ‘Charlotte has a wealth of experience, and we look forward to welcoming her to team CNO.’

Professor McArdle said: ‘It’s been a privilege to be CNO Northern Ireland for nearly nine years and so proud of the contribution of nursing and midwifery through this pandemic.’

Meanwhile, Scottish health secretary Humza Yousaf said: ‘I am very sorry to see Amanda leave. Since taking up the role she has played a key part in our response to the pandemic and has brought enormous knowledge and experience to the role.

‘I also welcome Alex McMahon to the role of interim CNO. With his strong professional background, I am confident he will bring excellent leadership, and help us to continue our work to get the health service back on track after the challenges of the past year.’

Professor McMahon was also chair of the Scottish Executive Nurse Directors group for four years – which provides strategic leadership for all of Scotland’s nursing and midwifery workforce for NHS Scotland – working closely with the previous Scottish CNO to shape policy and professional practice.