Shortfall to ‘worsen’ without 5,000 extra overseas nurses a year 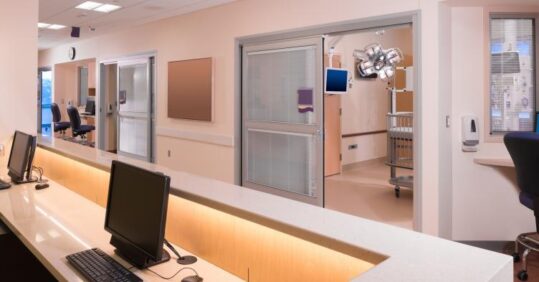 Reduced immigration in the next parliament would worsen the nursing workforce crisis, a new report from a leading health thinktank has warned.

The latest analysis from the Nuffield Trust estimated that at least 5,000 overseas nurses must be recruited a year to fill workforce shortages, meet the needs of an ageing population and fulfil pledges from politicians to expand social care.

It argued that any proposed boosts to the NHS budget ‘will not translate into a difference for patients’ if these workforce issues are not addressed, with half the increase in workforce numbers in the last twenty years coming from overseas.

The document also raised concerns that it ‘remains unclear’ whether migration policies from both the Conservatives and Labour could make the recruitment of health workers ‘more restrictive’.

It highlighted that both parties focus on clinical professions recruited by NHS organisations and not areas such as general practice and nursing homes.

The Conservatives plan to introduce a ‘points-based migration’ system if elected, which home secretary Priti Patel said would reduce immigration overall, and an NHS visa for fast-track entry and reduced visa fees for doctors, nurses and allied health professionals.

However, the document said it ‘remains completely unclear’ whether this would be more open than the current system for migrant health workers without further details

Last month, the Conservatives also revealed plans to increase the fee paid by overseas staff including nurses to use the NHS and extend it to EU workers for the first time.

Meanwhile, Labour have not released definite details around migration from Europe if Britain voted to leave the EU in the party’s proposed second referendum, though the report said it appears to involve the end of free movement of labour in its current form.

However, the Nuffield Trust welcomed the suggestion from shadow health secretary Jonathan Ashworth that migrant nurses and doctors recruited by NHS trusts ‘will be allowed to come to this country’.

However, she continued: ‘Continuing over-reliance on staff from abroad in this way is both unsustainable and unethical in the long term. Instead we need urgent measures to increase the size of our domestic workforce.’

Reduced immigration in the next parliament would worsen the nursing workforce crisis, a new report has warned.