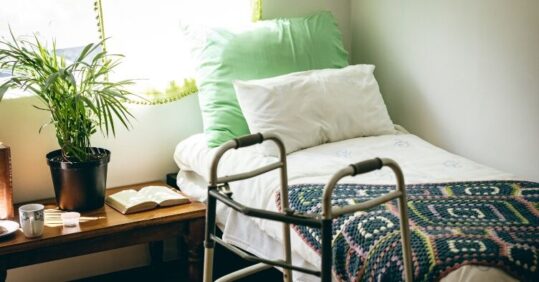 A workforce crisis in social care is putting ‘the care and safety of patients at risk’, NHS leaders have warned, calling for increased investment in recruitment and retention in the sector.

In a survey of 243 NHS leaders conducted by the NHS Confederation, 99% of respondents said there is currently a social care workforce crisis in their area, which they expect to worsen this winter – revealing serious concerns over the sustainability of the sector.

Most worryingly, 98% agreed the knock-on impact of understaffing in social care was ‘putting the care and safety of NHS patients at risk’, with 76% of those asked saying they strongly agreed with this claim.

Many of the NHS leaders surveyed said the Government should increase investment in social care in order to help combat this crisis, with most saying raising pay would be very effective or quite effective in improving retention and recruitment.

This stark warning comes as new data from Skills for Care reveals that the number of vacant positions in adult social care in England has increased by 55,000 in the last year, a rise of 52%, highlighting the growing staffing issues.

‘Pay is the number one reason more than ever,’ said a primary care network (PCN) manager in the south west who responded to the NHS Confederation survey. ‘People can’t afford to live right now and you want them to come to or continue working in some of the hardest jobs mentally and physically for literally less than peanuts (if they could even afford peanuts on their pay).’

The survey also found that almost three-quarters of the leaders said that a lack of social care capacity was having a significant or very significant impact on their ability to tackle the elective care patient backlog, which currently stands at 6.6m and rising. Another 80% said that this lack of capacity was driving an increase in urgent care demand.

The chair of a voluntary sector provider to the NHS in South West said: ‘People want to be at home, even when they are ill. The lack of care workers in the community means that sick people, even those at end of life, have to stay where the care they get is sufficient for their needs…that is in a hospital bed. The whole system needs to change. Care assistants working in the community need more funding, better pay, more training, and a recognised career path.’

The Health Foundation warned in September last year that the Government would need to spend between £2.5bn and £9.3bn overall to bring social care services services up to a level where they can meet demand. However, only £5.4bn of the £36bn raised by the national insurance rise will be spent on social care over the next three years.

Lord Victor Adebowale, chair of the NHS Confederation said: ‘Decades of delay and inertia have left social care services chronically underfunded and in desperate need of more support. NHS leaders stand alongside their sister services in social care in wanting a rescue package for the sector. They are sounding the alarm and sending a clear message to Government that the social care system has not been ‘fixed’.

‘Without immediate action, both the NHS and social care could face an endless winter of people being failed by the very systems that should be there to support them at their most vulnerable.’