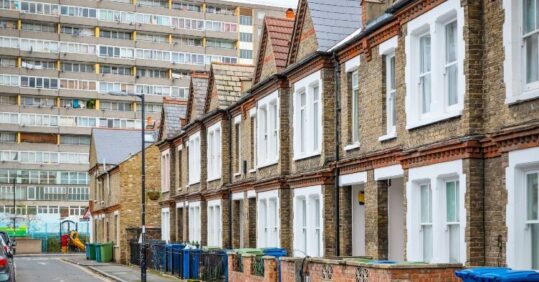 General practices in Rochdale will send social prescribers to confirm details of distressing or inadequate housing to better inform letters to housing agencies following the tragic death of a two-year-old child, a PCN has confirmed.

Run by Middleton PCN in the Metropolitan Borough of Rochdale, the scheme will see link workers sent on house calls to corroborate patients’ reports of poor housing quality, to help trigger action from the council or housing association.

It comes as an inquest into the death of two-year-old Awaab Ishak concluded this week that he died from prolonged exposure to mould in his family’s housing association flat in Rochdale.

The coroner’s report identified ‘an evident gap in the information-sharing’ between health visitors, early help services and the child’s GP, triggering calls from doctors to improve how the system responds to such issues.

GPs have suggested that housing agencies typically ignore letters outlining these issues and fail to act on information sent by a general practitioner alone.

But under the scheme in Middleton PCN – which neighbours Rochdale North PCN, covering the housing estate where Ishak lived – social prescribers will be sent to assess a patient’s housing conditions to strengthen a GP’s case to the local agency.

Dr Mohammed Jiva, clinical director for the PCN, said: ‘Moving forward the PCN will be working with social prescribing link workers who can arrange visits to confirm the social aspects causing local residents distress and write supporting letters but also follow through with relevant agencies to ensure action is being undertaken where required.’

The scheme will take effect from December and is expected to reduce GP workload and offer structured support to patients most in need.

Commenting on the coroner’s findings, at PCN Manchester on Wednesday, Dr Caroline Taylor, chair of the National Association of Primary Care (NAPC), said: ‘Looking at the inquest reports I’m struck by the role of the GPs. We all write letters to the housing association and we tell our patients we don’t feel like it will make any difference.

‘If we’re writing to a housing association saying there is a problem, then it needs to be picked up as a system.’

Ishak died on 21 December 2020, but had spent several months under the care of several health professionals involved with the family, including his GP, health visitors and midwives.

According to the inquest verdict, health visitors in July 2020 had raised concerns to Rochdale Boroughwide Housing about the mould and its impact on his health, however the GP advised he was not made aware of this correspondence.

In September, the community midwife completed a special circumstances form to children’s services highlighting the issue, but this was shared with neither the GP or health visitor. There is no evidence to show action was taken.

The coroner report stated that there was ‘an evident gap in the information-sharing between health visitors/midwives/early help services and the GP’, adding that it was not until 16 December – a week before Ishak died – that the GP was clearly made aware of any social conditions which may be having an impact on a child patient’s health.

A similar pilot scheme is currently underway in South Westminster PCN. The programme has seen four community health workers stationed in some of the most deprived areas in Westminster, offering families a direct link to the authority to on social issues such as housing or benefits.

The pilot – which is based in the local authority and has been running for over a year – is supported by a GP from the PCN and by an academic team from Imperial College London.

The PCN is optimistic that the scheme will continue beyond its pilot, with the PCN taking on the community health workers under the additional roles reimbursement scheme (ARRS) to continue running the service.

The role of the social prescriber in primary care has fallen under scrutiny.

A major review, published in the BMJ last month, suggested that there is no consistent evidence that social prescribing improves social support or physical function, or reduces the use of primary care services.

Social prescribers are a key role in the ARRS, with the latest workforce data showing there are 2,047 working across PCNs as of September 2022: the second most recruited role under the scheme after pharmacists (3,422).

In August, NHS England announced the ‘rapid recruitment’ of up to 2,000 additional social prescribing link workers to alleviate GP pressures this winter.