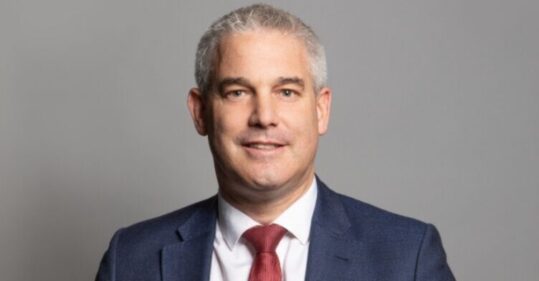 Steve Barclay, the health and social care secretary, has urged the NHS Pay Review Body to ‘strike a careful balance’ when making recommendations for the pay package next year for nurses and other NHS staff.

In a letter sent to Philippa Hird, chair of the NHS Pay Review Body (NHSPRB), Steve Barclay formally commenced the 2023/24 pay round and asked the body for their pay recommendations for the Agenda for Change workforce.

Mr Barclay told Mrs Hird: ‘Pay awards must strike a careful balance – recognising the vital importance of public sector workers while delivering value for the taxpayer, considering private sector pay levels, not increasing the country’s debt further, and being careful not to drive prices even higher in the future.’

The health secretary also stressed that ‘in the current economic context, it is particularly important that you also have regard to the government’s inflation target when forming recommendations’.

This letter comes as the latest figure found the CPI inflation rate rose by 11.1% in the twelve months running to October, up from 10.1% the month before, to which gas and electricity, food and transport were the largest contributors.

The NHSPRB is the independent authority that advises the Department of Health and Social Care on pay for NHS staff. Earlier this year, the Government carried out its recommendation of a 4% uplift for Agenda for Change staff, over which the RCN has planned strike action.

Ms Cullen said: ‘Ministers are in a rush to talk about next year when hundreds of thousands are saying they need action immediately and are struggling to live on the current pay award.

‘The letter sends concerning signs that the government has not yet heard the voice of our members with plans to keep to the same NHS budget and curtailing the pay process to stay below inflation and give more real-terms cuts. The challenge is not so much a ‘careful balance’ but the need for a radical change of course.’