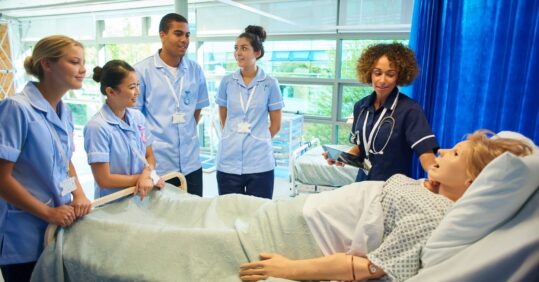 Nursing graduates will be among hardest hit by proposed student loan repayment changes in England, which could deter prospective student nurses, the RCN has warned.

Graduates will be asked to start paying off their debt sooner under government plans to cut the repayment threshold from £27,295 to £25,000 and increase the period after which loans are written off from 30 to 40 years. This will impact students starting university from September 2023.

The current starting salary for a Band 5 NHS nurse on an Agenda for Change contract is £25,655 per year. This means nurses would typically start repayments at the start of their careers, and the RCN suggested many may continue to pay for their degree into their 60s.

The changes will mean that 52% of students who take out a loan to start a full-time university course will repay it in full, while under 25% were expected to repay their loans fully if the changes did not go ahead, the Government said.

Tuition fees will also be capped at £9,250 for a further two years, while student loan interest rates will be set at no higher than the rate of inflation from 2023/24, under the planned reforms.

Patricia Marquis, RCN director for England, called the changes a ‘blow for anyone wishing to enter the nursing profession’ and raised concerns it could act as a ‘deterrent’ for people for whom ‘paying off a student loan for the majority of their working life is just not feasible’.

She continued: ‘With thousands of nursing vacancies in the NHS in England alone, the government needs to really think about how these plans will impact newly registered nursing staff and implement plans to incentivise student nurses, not deter them, as part of boosting the workforce.’

Meanwhile, Dr Katerina Kolyva, chief executive of the Council of Deans of Health – which represents UK universities engaged in nursing, midwifery and allied health professionals education – said they will work with the Government to ‘ensure this does not negatively impact recruitment’.

She continued: ‘The new student loan terms for the student intake of 2023/4 will see them only paying back the amount they borrowed plus inflation but also facing a longer loan period of 40 years, up from 30, and at a lower salary threshold for repayment of £25,000, down from £27,000.

‘This would see the average graduate nurse now starting to repay their loan from month one of the job unless salaries also rise accordingly, so there is a possible mixed picture here,’ she added.

It comes after the Government has angered nursing groups after suggesting a pay rise of up to 3% for NHS nurses in England, which unions have argued could see nurses quit the profession.