Surge in vitamin D prescriptions for children in past decade, study shows 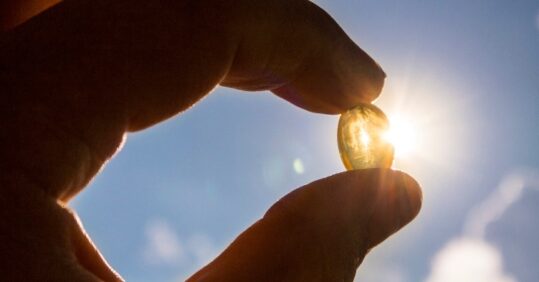 There has been a marked increase in vitamin D supplement prescriptions for children in the UK over the past decade, research shows.

Between 2008 and 2016, vitamin D prescriptions surged 26-fold, the analysis of data from 744 general practices found.

One potential reason could be a greater awareness of vitamin D deficiency among doctors and patients following campaigns by the Department of Health and Social Care, the researchers said.

But the study, published in BMJ Open, also found an increasing trend towards prescribing higher doses regardless of the patients’ vitamin D status.

Overall, between 29% and 56% of prescriptions annually had no linked blood test results for vitamin D levels recorded in the previous three months.

Practices in England were more likely to prescribe vitamin D than those in Wales, Scotland or Northern Ireland.

While vitamin D prescriptions have increased across all age groups, the trend was particularly noticeable among 12-17 year olds with girls were nearly twice as likely to be prescribed a vitamin D supplement as boys, the researchers said.

While children under the age of five are advised to take a daily vitamin D supplement there are no specific recommendations for older children unless they are thought to be at risk, they added.

Less than a third (29.5%) of all children with a vitamin D prescription had symptoms suggesting vitamin D deficiency, including aches and pains, tiredness or fatigue.

Study leader Mandy Wan, a pharmacist researcher at King’s College London, said their figures showed a ‘massive increase’ in the number of prescriptions.

She said: ‘The study was not set up to look at why but we think the increase is partly driven by a general increased awareness of vitamin D deficiency.’

She added that there could also be confusion in what the guidelines recommend and more work is needed to better understand the reasons for prescribing.

She added: ‘What is a bit more surprising is the increase in the use of higher doses than what is recommended.’

Professor Azeem Majeed, head of primary care at Imperial College London said the increased awareness amongst both professionals and the public has led to an increase in vitamin D testing and also an increase in prescriptions.

He said: ‘Many parents obtain vitamin D for their children on prescription because these prescriptions are free. Recent NHS England policies have tried to reduce prescriptions for items such as vitamin D that are also available over the counter. More recent data may therefore show some reduction in prescribing.’

Professor Majeed added that blood tests in children are often carried out by hospital teams and so will not generally appear in GP records.

He said: ‘Often GPs will receive a letter from a paediatric team advising them that a blood test has shown a low vitamin D level and recommending vitamin D supplements.’

A version of this article was originally published in our sister title, Pulse.