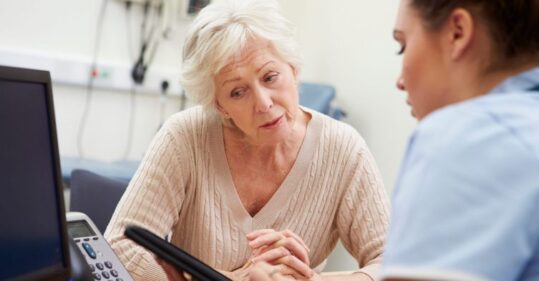 Many practice nurses are frustrated they have been ‘put at risk’ by carrying out the majority of face-to-face consultations during the Covid-19 pandemic, compared to GPs, a Nursing in Practice survey has revealed.

The poll of 87 nurses working in general practice, carried out between 28 May and 4 June, found 77% agreed GPs should carry out more face-to-face work. Many felt practice nurses were carrying out an unfair and disproportionate proportion of in-person appointments.

One GPN, based in the East, wrote: ‘It seems it’s okay for nurses to be put at risk while many GPs are behind closed doors… Why are nurses more expendable than any other members of staff?’

A nurse practitioner in Wales agreed: ‘There have been times I’ve felt like cannon fodder, especially at the beginning when GPs were hardly seeing anyone.’

In the South East, a practice nurse estimated they spend 80% of their time carrying out face-to-face appointments, worried the work is putting them and their family are ‘at risk’ for ‘little or no recognition’. They added: ‘At times I have felt very anxious, down and overwhelmed.’

Although, 15% said the volume of face-to-face work was ‘about the same’ as before Covid, while a fifth said they were working face-to-face either ‘much more’ (11%) or ‘a little more’ (9%).

Some GPNs described valuing face-to-face contact with patients. A nurse practitioner based in the West Midlands explained: ‘Patients feel reassured being seen. My skills are also used. It is very easy to become rusty at your examinations if you are not.’

Many who left comments also said they were more worried at the beginning of the pandemic, when PPE supplies were lower, and now feel more comfortable carrying out in-person work. One, based in Scotland, wrote: ‘I felt unsafe initially. Now it’s just the norm for me.’

Last month, NHS England instructed practices to offer patients face-to-face appointments if requested. In March last year, it had advised surgeries to implement a ‘total triage’ system, so every patient had to contact the surgery via phone or online before making an appointment.

The survey also revealed that most practice nurses have said triage adds to their workload, although many said they would welcome it in some form going forward.