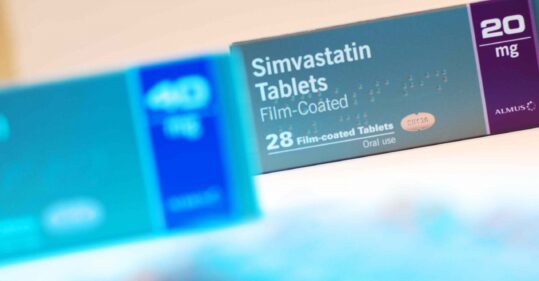 A twice-yearly injection that lowers cholesterol levels could become available on the NHS by 2021, following the announcement of a large-scale clinical trial that will begin later this year.

Inclisiran, an as-yet unlicensed cholesterol-lowering injection that uses gene silencing to reduce LDL-C levels, will be made available to patients taking part in the trial later this year.

Results from previous studies on the drug showed that inclisiran can cut LDL-C levels by half in just two weeks.

The trial, a collaboration between the UK government and pharmaceutical company Novartis, will provide access to the drug to NHS patients in England before undergoing a cost-effectiveness assessment by NICE.

The Department for Health and Social care announced the deal this week and said that around 40,000 patients who are at risk of heart disease – but for whom statins don’t work – will be eligible for the trial, which will be run by the University of Oxford.

The injection is expected to be licensed later this year as an add-on therapy for patients with cardiovascular diseases who have already tried statins. If approved by NICE it could be available for NHS patients as early as 2021, the DHSC said.

Health and social care secretary Matt Hancock said: ‘This partnership is fantastic news and is a huge stride forwards in helping to achieve this. This collaboration has the potential to save 30,000 lives over the next 10 years and is proof that the UK continues to be the world-leading destination for revolutionary healthcare.’

Professor of medicine and epidemiology at the University of Oxford Martin Landray said: ‘The trial will provide both a very reliable test of the efficacy and safety of inclisiran to support a population-health approach to the management of cholesterol, and act as an exemplar for future trials of other treatments in the UK.’

Research published last October suggested that around half of patients taking a statin have a sub-optimal response, meaning that they don’t achieve a greater than 40% reduction in LDL-C levels in two years of treatment.

GP and professor of primary care at Imperial College London Professor Azeem Majeed commented: ‘I think this is a potentially positive development as the NHS does need to partner with industry to ensure that innovative and effective treatments are made available to patients.

‘For now though, we need further research on the new treatment and its implementation. This partnership will help provide the relevant evidence. If the drug is eventually rolled out more widely, we will need further discussion about how it is best administered and patients monitored.’

A twice-yearly injection that lowers cholesterol levels could become available on the NHS by 2021, following the announcement of a large-scale clinical trial that will begin later this year