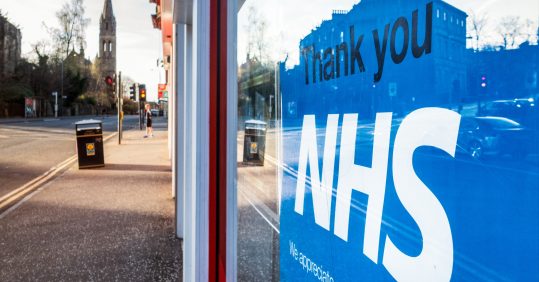 The UK has been urged by unions to observe a minute?s silence next week to remember the health, care and other key workers who have died with coronavirus.

The UK has been urged by unions to observe a minute’s silence next week to remember the health, care and other key workers who have died with coronavirus.

Health secretary Matt Hancock said on Friday that the Government had identified 27 NHS workers who had died after contracting Covid-19, but the real figure could be higher.

RCN chief executive Dame Donna Kinnair said: ‘I hope the public gets behind this with the same affection they show when applauding our people.

‘The silence is a simple show of respect for those who have paid the very highest price, but their loved ones must know the levels of gratitude we feel as a nation and take some comfort from that,’ she added.

Unison general secretary Dave Prentis said: ‘Thousands of key staff are on the frontline while the rest of us are in lockdown. That’s why we’ve issued this call for the whole country to take part and remember the sacrifices they’ve made.

‘The minute’s silence is a thank you to all the workers including nurses, midwives, cleaners and care staff who’ve died from this devastating virus,’ he added.

International Workers’ Memorial Day commemorates workers who have died around the world every year.

The call comes after a Royal College of Nursing survey of nursing staff released on Saturday revealed the ‘gut-wrenching’ extent of personal protective equipment shortages.

Last week, the Nursing and Midwifery Council said that it will ‘consider context’ if nurses, midwives and nursing associates refuse to work because of a lack of personal protective equipment.