Vallance: Likely Covid vaccine will become available in first half of next year 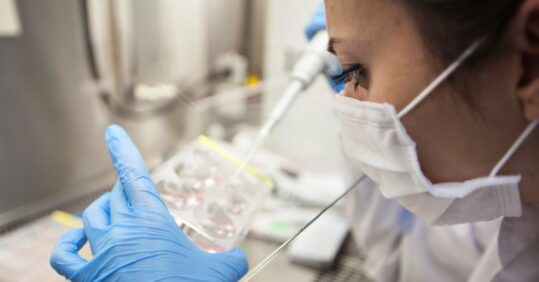 GPs could be delivering a Covid vaccine programme before next summer, as Government experts set out their first time-frame for ‘promising’ late-stage trials.

The Government’s chief scientific adviser Sir Patrick Vallance said in a televised briefing to the nation this morning that a Covid vaccine could become available before the end of this year.

But he said was it was ‘much more likely’ that it would happen ‘in the first half of next year’.

This comes as there are currently nine Covid vaccines in late large-scale ‘phase 3’ trials globally, including the UK Government-sponsored AstraZeneca trial being led by Oxford University.

Sir Patrick said: ‘I am pleased to say there is good progress being made. Many vaccines now have shown that they generate an immune response of the type that ought to be protective, and several vaccines are in very late-stage clinical testing, aiming to show that they are both effective and safe.’

He said that ‘the UK, through the vaccines task force, has got access to a number of these… with a range of different vaccine technologies from a number of different companies’ and has ‘therefore has put itself in a good position in terms of vaccine supply, and the possibility that one of these will work’.

He added: ‘We don’t yet know they will work, but there is increasing evidence that is pointing in the right direction and it’s possible that some vaccine could be available before the end of the year in small amounts, for certain groups.

‘It is much more likely that we will see vaccines becoming available over the first half of next year. Again, not certain, but pointing in the right direction, which then of course gives the possibility of a different approach to this virus.’

However, the good news came across the backdrop of a sombre warning about the current upward trajectory in UK Covid cases.

The briefing saw Sir Patrick warn that unless the UK can curb the spread, the UK is on course to see 200 daily deaths by November, as the virus now doubles roughly every seven days.

He warned that with the current trajectory, the UK ‘would end up with something like 50,000 cases in the middle of October per day’, which ‘would be expected to lead a month later, so the middle of November say, to 200-plus deaths per day’.

Referring to the UK Biobank study, he said currently only 8% of the UK population has Covid antibodies – possibly 17% in London. But he warned that even so, this could only marginally slow down the spread, and also that science is now showing that immunity wears off over time.

Also speaking in the briefing, chief medical officer Professor Chris Whitty reminded of the importance to sticking to advice to minimise the spread, or risk causing both primary Covid deaths, and the secondary effects if the NHS becomes unable to treat and diagnose other conditions due to Covid.

He added: ‘At the moment that is the path that we are clearly on, and if we do not change course then we are going to find ourselves in a very difficult problem.’

The Covid vaccine news comes as leaked reports to the BBC this weekend suggested the Government is considering introducing a ban against households mixing, and as the Prime Minister admitted the country was in a second spike.

Mr Johnson is expected to make a statement to the public later this week.

It comes as the BMA last week called on all four UK nations to urgently bring in stricter measures to curb the spread of the virus.