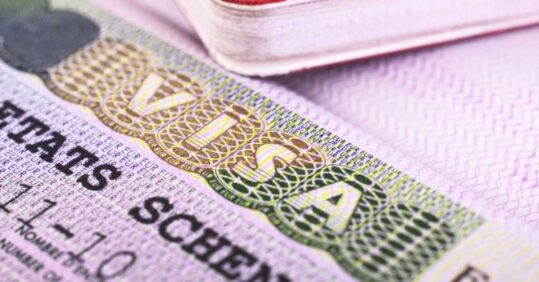 The visa extension scheme has been opened to more frontline NHS workers, including midwives, following criticism that they had been left out despite their crucial work during the coronavirus pandemic.

The Government previously pledged to give an automatic one-year extension to nurses, doctors and paramedics working in the NHS whose visas were due to run out before 1 October – but the Royal College of Midwives urged it to extend the scheme at the time.

Home secretary Priti Patel announced yesterday that the scheme would be expanded to midwives, radiographers, social workers and pharmacists.

Ms Patel said: ‘We have already announced the extension of visas for NHS doctors, nurses and paramedics.

‘Now we are going further by extending this offer to hundreds of other frontline health and care workers, both in the NHS and in the independent sector.’

All extensions will also include exemption from the controversial immigration health surcharge, the fee paid by migrants to use the NHS.

The scheme will apply to those working both in the NHS and independent sector, and will include their family members.

In total, around 3,000 health and care workers will benefit from the extension, according to the Government.

The Royal College of Midwives said it had been an ‘unusual decision’ not to include midwives in the visa extension scheme from the start while they work during the Covid-19 outbreak.

RCM head of health and social policy Sean O’Sullivan said: ‘This will be a relief for many RCM members have had weeks of worry that they would face losing their legal working status when their current visa expired.

‘The Government needs to show that they are on the same side as overseas midwives who are staffing NHS maternity services during this national crisis and this decision will go towards that.’

NHS Employers chief executive Danny Mortimer called for care workers to also be included in the extension scheme, as it is currently only opened to registered professionals.

He continued: ‘We echo the concern of colleagues in social care that the needs of their vital care works continue to be ignored.’

The announcement comes after the Government launched a life assurance scheme to ensure families of frontline staff who die receive a one-off £60,000 payment.

Earlier this week, it was announced that the military is to man mobile coronavirus testing units that will travel to places with the ‘highest demand’ such as care homes.

The visa extension scheme has been opened to more frontline workers, including midwives, following criticism that they had been left out despite their crucial work during the coronavirus pandemic.