White nurses twice as likely to be promoted, RCN finds 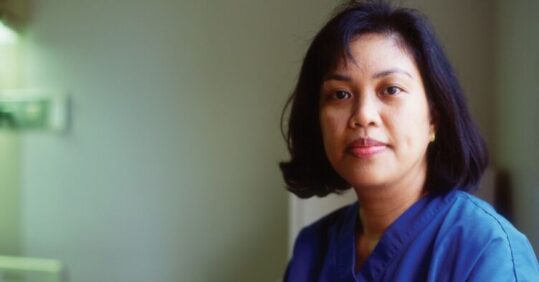 White nurses are twice as likely to get promoted as their black and Asian counterparts, a report published today by the RCN has found.

The survey of 9,577 nursing staff found white respondents and those of mixed ethnic background across all age groups were more likely than black and Asian colleagues to have received at least one promotion since starting their nursing career.

This was most stark among those aged 35 to 44 – with 66% of white and 64% of mixed ethnic respondents saying they had been promoted, dropping to just 38% and 32% among Asian and black staff respectively.

The RCN said it is calling on the Government to use its proposed Human Rights Act reform to require healthcare organisations, regulatory bodies and inspectorates to tackle racism – which could include disparities in recruitment, retention or career progression – including in the workplace.

The Government must also address inequalities in relation to healthcare access, experience and outcomes for patients, as well as for the healthcare workforce, it added.

Bruno Daniel, the RCN diversity and equalities co-ordinator, said the examples of racism experienced by nursing staff in the workplace are ‘deeply shocking’.

For example, the survey also found that black respondents working in both the community (32%) and hospital (39%) settings are more likely to face the need to report having experienced physical abuse than respondents of other ethnic backgrounds.

Mr Daniel continued: ‘The pandemic has shone a spotlight on structural racism in health and care services and we must seize this opportunity to stamp out this vile behaviour once and for all.

‘The UK Government and devolved administrations must properly acknowledge and address this problem and the devastating impact it has on Black and ethnic minority staff and patients.’

The RCN said it also wants the Covid-19 inquiry to address why a high number of ethnic minority nurses died during pandemic, including any structural reasons.

This comes after the NMC has reported rising discrimination against its black and minority staff this year in its annual report on race equality published in December 2021.