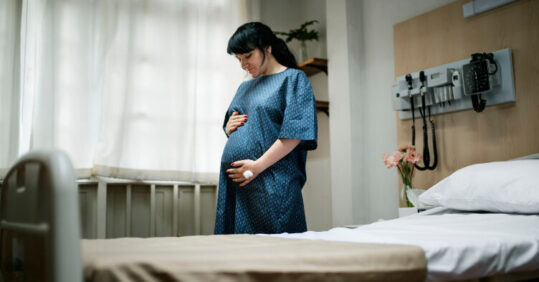 There has been a notable and concerning decline in positive maternity care experiences for women, with more mothers saying they were unable to get help from staff when they needed it, according to the Care Quality Commission (CQC).

A survey conducted by the CQC, which received over 20,000 responses from people who used maternity services in 2022, found that while a great number respondents were still broadly positive about their interactions with staff, the quality of care had fallen short of expectations for many.

Also of concern was the number of women who said that help was available after the birth, with only 57% saying that they were able to get help when needed, compared with 62% five years ago.

Victoria Vallance, CQC’s director of secondary and specialist care, said: ‘These results show that far too many women feel their care could have been better’.

She continued: ‘The trend analysis carried out this year reveals a concerning decline over time, particularly in relation to accessing information and support and getting help when it was most needed. This reflects the increasing pressures on frontline staff as they continue in their efforts to provide high quality maternity care with the resources available.’

The survey also found that 63% of respondents said they received help and advice about their baby’s health and progress – which was an improvement from survey findings in 2021 (60%).

There was a downward trend in the number of mothers saying they were ‘always’ treated with kindness and understanding while in hospital after the birth, from 74% to 71% between 2017 and 2022.

Additionally, less than half of those surveyed said that their partner or someone close to them was able to stay with them as much as they wanted during their time in hospital. While this is higher than seen in 2021, this is still over 30% less than pre-pandemic (74%).

However, the majority of women (80%) said midwives ‘always’ listened to them at their antenatal check-ups and just under three-quarters (71%) said they were ‘always’ involved in decisions about their postnatal care.

The Royal College of Midwives’ (RCM) executive director midwife, Birte Harlev-Lam, said that more midwives needed to be urgently recruited into the profession.

‘While the vast majority of women surveyed are happy with the care, compassion and kindness shown by midwives which is so instrumental to delivering good maternity care, it is clear that there is a growing trend in expectations not being met. The findings of this survey could not be clearer – there is an urgent need to recruit and retain more midwives across the UK.

‘This is a sad, but inevitable, consequence of years of lack of investment and low morale leading to a shortage of midwives across the UK. It’s not rocket science. That is why, with a shortage of over 2,000 midwives in England alone, we desperately need to attract people into midwifery and retain those who are considering leaving the profession. The Government needs to act on this now.’