Advice on curbing problem drinking and the benefits of Dry January 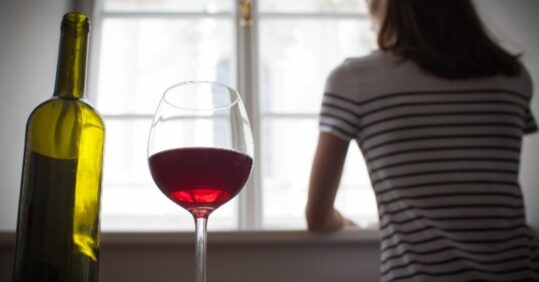 For many people, 2020 was a year of increased stress and increased drinking of alcohol. With pubs closed for much of the year, a sharp rise in home drinking meant that many people found themselves drinking more heavily, more often, earlier in the day, and drinking to cope.

As 2021 gets underway, it’s not surprising that one in four people say they intend to cut back on their alcohol consumption this year, together with an estimated 6.5 million who will be going alcohol-free for Dry January – up from an estimated 3.9 million last year, according to a survey by charity Alcohol Change UK, the charity that started Dry January.

The Royal College of Psychiatrists estimates that in June last year, more than 8.4 million people in England were drinking at higher-risk levels, up from 4.8 million in February 2020. A survey released in November by Alcohol Change UK also showed that over half of drinkers (53%) said they have drunk alcohol for a mental health reason – such as feeling anxious, stressed or worried, feeling bored, having trouble sleeping, or feeling sad or low – at least once in the past six months during the early part of the pandemic.

For those who have been drinking at increased or higher-risk levels, this can lead to long-term harm as new habits set in that are difficult to break. Addressing this with patients can be difficult as some may feel they are being judged by healthcare professionals on their drinking habits, and many people routinely under-estimate and under-report their alcohol consumption. So, sensitivity and a non-judgemental attitude are crucial. It’s also important to know what questions to ask.

There are a number of alcohol screening tools available to professionals. Some of the most well-tested and widely-used ones are the various forms of the AUDIT questionnaire, including one designed specifically for use in primary care. As well as straightforward quantitative questions, such as how often someone has a drink containing alcohol, the AUDIT tool also deals with more personal questions – such as whether someone has found themselves unable to stop drinking once they had started, or whether they have failed to fulfil an obligation because of drinking. Not one of these questions on its own will produce a definite answer as to whether a patient has an alcohol problem but, taken together, they give an indication of whether someone needs to cut back on their drinking, and whether you as a professional need to act. That might be a matter of delivering and Alcohol Brief Intervention (ABI), also known as Intervention and Brief Advice (IBA); or it be necessary to refer a patient to a specialist alcohol support service. You can find information on the Alcohol Change UK website about the wide range of services available across the UK.

Taking a break from drinking

Some people may benefit from taking a break from drinking by having a Dry January or deciding to go alcohol-free at another time of the year. Evidence shows that Dry January is an effective and lasting way to cut down; research by the University of Sussex published in 2020 found that 70% of those taking on a Dry January are still drinking less six months later – but interestingly this only applied to those who did the campaign with support from Alcohol Change UK. Research also suggests some significant health benefits from taking a month off alcohol including lower blood pressure, cholesterol, diabetes risk, as well as lower cancer-related proteins in the blood.

Alcohol Change UK offers a free app, Try Dry, which allows people to track their units, calories and money saved through Dry January, and to set custom goals for managing their drinking year-round.

The charity also offers daily support emails throughout the month. Those who take on Dry January with this support are twice as likely to have a completely alcohol-free month compared to those taking on Dry January alone, and have significantly improved wellbeing and healthier drinking six months later. In January 2020 almost 100,000 people used the app, with tens of thousands continuing to use the app throughout the year.

A word on alcohol withdrawal

Finally, a word of caution on alcohol withdrawal, if someone’s AUDIT score indicates that they have become dependent on alcohol, it’s important that they do not stop drinking suddenly as this can be very dangerous, and even kill them. If you suspect someone is dependent on alcohol, you should refer them on to their GP or a specialist alcohol support service. You can find out more on the Alcohol Change UK website.

Things to look out for

If, after a period of drinking, a person experiences any of the following symptoms, they may be dependent on alcohol and they should NOT suddenly stop drinking completely:

But you can still help them to take control of their drinking. Speak to a GP who will be able to offer help for reducing drinking safely.

Tips for managing your drinking

For anyone thinking about taking a break from drinking or cutting down, try these simple tips:

This is an unbelievably stressful time, and recent research from Alcohol Change UK shows many of us are turning to alcohol to cope, particularly when we’re feeling stressed, anxious or low. But drinking too much and too often can be harmful to our health. So one of the most important things you can do to look after your health and wellbeing is to stay on top of your drinking.

Different things will work for different people but recording what you drink for a few weeks will help you understand your drinking pattern. One way to do that is by using an app to help you keep track – ours is called Try Dry and you can download it for free to keep track your units and calories and set your own goals, picking up badges as you go.

Taking a few days off alcohol every week or taking an extended break like having a Dry January can be a great way to cut down and give your body a rest, as well bringing lots more benefits such as better sleep, feeling more energetic, improved mental health, and saving money, to name just a few.

Alcohol Change UK’s free Try Dry app allows you to track your units, calories and money saved through Dry January, and to set custom goals for managing your drinking year-round.

Many people find that their trigger for drinking is boredom. So with so many of us spending much more time at home, we might find ourselves being bored more often and drinking more. We might also use alcohol as a way to mark the end of work time. But there are other ways to unwind that don’t involve alcohol. You could try using these sometimes to avoid falling into the pattern of drinking more often than you’d like. Just a few ideas are quizzes with friends online, playing video games, watching a film, reading a good book or literally anything else you enjoy.

And if you’re looking for some alcohol-free alternatives, check out these reviews on some of the best low and no-alcohol wines, beers, ciders and spirits on the market.

Any of us can find our drinking is creeping up without us noticing.

If you would like to talk to someone about your drinking, support is available. It’s probably best to speak to your GP first as they will be able to provide confidential advice and refer you for extra support. You can also get further information and advice from Alcohol Change UK’s website.

If you’re recently in recovery or sober and receiving support, you might need support now more than ever. Or maybe you’re just realising that you need to cut down and would like some support but aren’t sure where to turn. You might also be looking for support for your general mental health.

Good news – treatment services across the country are still open and available and there are lots of great options online or over the phone too. You can find out more from Alcohol Change UK’s website.

Sensitivity and a non-judgemental attitude are crucial. It’s also important to know what questions to ask.