Blog: Spare a thought for nurses in junior doctors strike 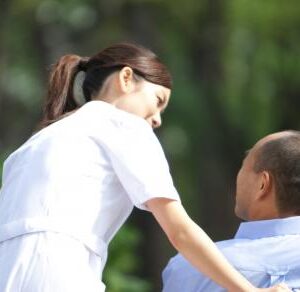 Mr Hunt, despite the possibility of entering an uncertain 72 hours over those three December days, spare a thought, because there will be a great deal of care given by a highly professional group known as nurses

Junior doctors have voted to strike for three days in December (1, 8 and 16), which will be three days of unprecedented action, in order for the NHS to move forward to 24-hour care in the future.

That means that for 72 hours of one week the health and wellbeing of the most needy patients in our society is going to be at ‘massive risk’ with emergency care only provided on the 1 December between 8am and 5pm, and no emergency care on the other dates between 8am and 5pm. The very backbone of the National Health Service is virtually going to crumble – but only for 72 hours of one week!

The nitty gritty of the dispute is aimed at a cut in pay associated with extended hours, extending normal pay from 7pm to 10pm Monday to Friday and to 7pm on Saturday’s. Benefits however include cutting the maximum working week to 72 hours down from 91 and an 11% rise in basic pay. However, despite this deal the junior doctors are convinced they will lose out.

Jeremy Hunt, secretary of state for health, suggested that junior doctors were being misled by the British Medical Association (BMA). The health secretary would like to urge any doctor who is thinking of going out on strike to look at what the government is actually offering.

I would like to point out to Mr Jeremy Hunt that despite the possibility of entering an uncertain 72 hours over those three December days, spare a thought, because there will be a great deal of care given by a highly professional group known as nurses.

Babies will still be brought into this world by midwives – some will join the party between 8am and 5pm and some will come simply when they are ready – regardless of the time, day or night. Emergency care will be covered by highly specialised advanced nurse practitioners, nurses and allied health professionals – they will care for the sick and dying Mr Hunt, arrive early, leave late – because that is what we do – patient care day in day out, week in week out, year on year for 1%.