Implications for nursing of an exit from the EU 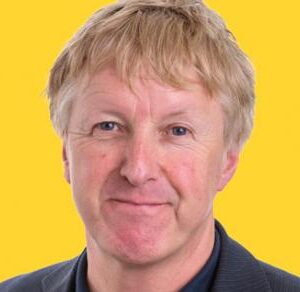 After all the campaigning and knock about politics – ‘Project Fear’ and ‘Project Hate’ accusations back and forth – we woke on Friday morning to find the verdict, although narrow, was to quit our membership of the European Union.

The implications for nursing at this time are hard to contemplate – pundits of all persuasions cannot say with certainly how the next two years and beyond will play out – two years being the period of time they tell us will be needed to implement the plan to leave the European club we no longer wish to be a member of.

Regardless of how we each voted, the facts are clear:

1.     ‘We are where we are’ – suffice to say it’s too early to celebrate too excessively about how this will release some of all of the disputed £350m for the NHS, and how many more nurses we can magic up from the pool of nurses waiting to emerge from the shadows now the verdict has favoured their arrival. It’s also too soon to catastrophise about how many of our existing 57,000 EU NHS and 70,000 social care staff will now need to be despatched from whence they came.

2.     We are fairly sure the analogy of the rocking boat used by David Cameron in his resignation announcement can be equally applied to nursing – the uncertainty will need some clear thinking, positive direction and a calm and balanced set of actions to prevent panic in the ranks and the NHS, like the country, capsizing in the absence of reasonable and dignified leadership.

3.     We can also assume within a divided society and system there will be ramifications and these will reach the bedside and the consultation room in hospitals and general practice. The difficulty will be how, for those of us who have attempted this, the need to retain some level of political neutrality which I would claim to be important so as not to alienate opposing opinion among our patients thus causing a damaged therapeutic alliance for example. This by itself is a debating point I’m sure.

4.     We also can anticipate many improvised ideas on impact from all levels of nursing – fear and anxiety among existing foreign staff including those from within the EU working in the UK, suggestions that many nurses may now seek to work in Scotland and Northern Ireland and some migrating in the opposite direction. We may see serious concern on the capacity of recruiting nurses in both health and social care, where shortages have seen a huge influx of EU nurses in response to the call for safer staffing levels in the NHS and nursing homes in the wake of the Francis Review and  CQC requirements.

5.     The issues that were challenging and rewarding on the day before the outcome of the vote are still the same today – so in many ways we have got to say it is ‘business as usual’ for us all.

A final thought is to quote the words of MP Jo Cox – murdered during the EU campaigning. She said “there are more issues that unite us than those that divide us” – while she was talking about being part of Europe we can now retain those sentiments and apply them to being part of the UK and the nursing community.