It isn’t resilience that nurses lack 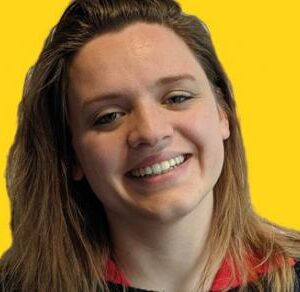 Mimi Launder gives her thoughts on RCN Congress 2019, including the reappearance of ‘resilience’ to describe nurses

Mimi Launder gives her thoughts on RCN Congress 2019, including the reappearance of ‘resilience’ to describe nurses

‘The challenges are coming at us thick and fast, from all sides,’ Dame Donna Kinnair told the RCN Congress as she touched on the urgent need for safe staffing legislation in her keynote speech last week.

I appreciated that the newly appointed RCN chief executive and general secretary did not shy away from naming and shaming those she saw as responsible: the bosses, the employers, the decision-makers and Ministers. ‘Those with power, money and authority to change this are too often found unwilling,’ she said. ‘All too happy to let the individuals take the blame for failings that are genuinely systematic.’

The speech – her first since being appointed permanent chief executive and general secretary – set the tone for the next four days, where the spectre of severe underinvestment in the NHS hung over debates, panels and fringe events.

Nurses echoed the same sentiment during a matter of discussion on the term ‘resilience’, a buzzword about toughness that is supposed to promote the wellbeing of the workforce and the consistent delivery of quality care.

The discussion considered whether resilience is a wholly positive attribute that should be aspired to in modern healthcare, with some speakers saying that it is not always used to encourage nurses but to demand that they relentlessly bounce back in unreasonable circumstances. In other words, the term turns nurses into a scapegoat for systemic failings.

Resilience is helpful on a personal level, of course. But not when it is weaponised. No individual is resilient enough to stem the tide of chronic underinvestment, unreasonable working conditions and understaffing, and asking nurses to be resilient to pressures for which they are not to blame is misguided.

The Government has pointed to the NHS Long Term Plan in its defence, which aims to provide the NHS with the staff it needs over the next 10 years, and data from the University and College Admissions Service (UCAS) that shows a 4.5% increase in applications to English nursing and midwifery courses in January 2019 when compared to the year before.

But anyone in nursing – or anyone who takes a passing glance at the barrage of urgent calls for appropriate workforce planning and investment – can see that these efforts are unlikely to be enough.

Earlier this year, The King’s Fund, the Nuffield Trust and the Health Foundation outlined policy ideas to help deliver the NHS long-term plan in their joint report, ‘Closing the Gap’. Without action, they predicted a shortfall of 108,000 full-time equivalent nurses in a decade.

Likewise, UCAS admissions for nursing and midwifery to English universities might have increased from 32,580 in 2018 to 34,030 this year – but this is forgetting the sustained year-on-year drop from 49,910 applications in 2014, with the latest intake seeing the first small peak in numbers since.

Meanwhile, the number of district nurses has fallen by almost 45% over the last decade in England, 6% of nursing training places are going unfilled and almost 40% of practice nurses report that stress is affecting their level of care.

So, nurses prove every day that they are resilient by working in conditions that are beyond reasonable. They proved it at Congress in the long queues of people willing to share personal stories of sexual harassment and workplace bullying. They proved in the highest ever turnout of student members.

RCN member Sharon Morris put it best during the discussion on resilience. She said: ‘Don’t tell me I am not resilient. I lack time and resources, not resilience.’

I wanted my summary of Congress to be positive. After all, listening to nurses was frequently inspirational. But that positivity is tainted because the record is stuck: nurses continue to voice the challenges facing nursing at Congress, but those problems stay the same.

Now the RCN, led by Dame Donna, are asking those in power to step up to the plate too.

Mimi Launder is a reporter for Nursing in Practice