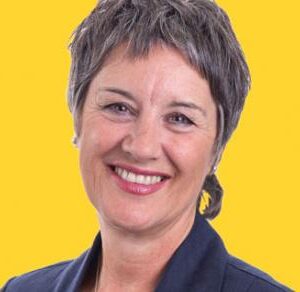 A dwindling number of practice nurses means that GPs are going to have to start paying for the high-quality staff they want.

A dwindling number of practice nurses means that GPs are  going to have to start paying for the high-quality staff they want, says Marilyn Eveleigh

Nursing pay always raises strong feelings and opinions. I vented mine a year ago in Nursing in Practice issue 90 and held nothing back. Raise salaries! Dump Agenda for Change national rates! Let the market determine pay levels! Use imaginative financial incentives to recruit and retain nurses! I felt better – but, with Agenda for Change rates being an NHS issue, it probably changed nothing.

Yet 52% of nurses do not work in the NHS. They are employed by private organisations that determine their own pay rates and terms and conditions of employment.

Such businesses include GP surgeries, residential nursing homes, hospices, private hospitals, factories and workplaces that employ occupational health nurses, clinical charity helplines, travel and pharma companies and retailers. Each has its own contract that competes for nurses against the NHS contract.

The NHS remuneration straitjacket does not exist in this world. Nurses can negotiate their own worth. They are immune to government directives to curb pay rises. Bonuses can be paid.

So is non-NHS nursing a utopia where remuneration packages can reflect the value of nurses? Negotiating your own worth is possible if you have the skills and energy to collect the evidence, justify your case and pitch well.

But it seems money is not everything. Job satisfaction and working in smaller teams rank highly in practice nursing, yet terms and conditions can rarely meet those of the public sector NHS for annual leave, maternity, sickness and pensions.

Practice nursing once pioneered salary negotiations when nurses became a necessity in the run-up to the 1990 GP contract. Nurses could name their price – and we did. Now, practice nursing is the largest of the nursing specialisms. We are employed in around 10,600 practices – all of them individual businesses.

As a consequence, widely variable practice nurse pay scales exist, often without any recognised link to skill and responsibility. In addition, good recruitment practice, safe interpretation of nursing competence, sound delegation and clear accountability are not a given in every GP surgery.

The vast majority of nurses are employed part time and many practices have no nurse leader. Is this why, according to nurse chat sites and forums as well as my own long experience, there appear to be more debates and disgruntled nurses in this sector than any other?

Despite there being no agreed nurse/patient ratio in general practice, practice nurses are increasingly reporting more demanding workloads, especially with local enhanced services.

Although income generation is key to the business, and practice nurses are key to that income, additional nurses are rarely appointed to the increased workload. Our goodwill is inevitably killed by a chronic lack of lunch breaks, unpaid overtime and below-inflation wage increases.

What we are beginning to experience in general practice is the impact of the national nursing shortage, estimated at around 9%. Practice nurses are being headhunted by other practices, improved remuneration and working arrangements are being offered and nurses are realising their worth. GP practices have traditionally attracted NHS nurses through negotiated salaries, family-friendly working hours and varied roles.

With the increasing demands on primary care, and the fact that an estimated 30% of experienced practice nurses will retire in the next five years, GPs must demonstrate that they value their nurses if they want to keep them. Practice nurses are again becoming highly desirable. And, once again, market forces will determine their worth.

Join the discussion on the Nursing in Practice Facebook page.