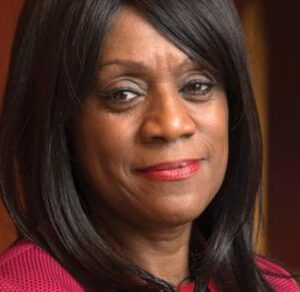 Eleanor Smith, Labour MP for Wolverhampton South West, and a practising nurse, talks to Alice Harrold about how the future of the profession depends on nurses getting political.

Eleanor Smith, Labour MP for Wolverhampton South West, and a practising nurse, talks to Alice Harrold about how the future of the profession depends on nurses getting political

What was your reaction when Jeremy Hunt announced recently that the pay cap was scrapped?

We’re going to question what he means by ‘scrapped’, what his interpretation is. Because we know that it hasn’t gone – it’s still there. Mr Hunt may try to do smoke and mirrors with the pay cap, but we’re going to smash those mirrors and let the nurses see that it isn’t gone, it’s still the same. It’s quite an insult that the Conservatives think that they can fool people, but then that’s how they have been treating nurses.

What pay increase would you give to nurses if Labour were in power?

I think we have to be realistic with pay but we’d certainly meet the real inflation rate. So I think nurses should be given a pay rise this year of at least 3%.

Jeremy Hunt has estimated that a nurse pay rise to meet inflation would cost £1bn. How would Labour fund that?I think we have to be realistic with pay but we’d certainly meet the real inflation rate. So I think nurses should be given a pay rise this year of at least 3%.

If they stopped privatising the NHS, the billions could come back in, instead of into the shareholders’ pockets. So money that used to filter back in is now going out. And then you get less and less coming in, because it has to go to shareholders. So Mr Hunt doesn’t need to tell me about £1bn. I’ll ask about his friends that are making a profit out of us, the taxpayer, because it is the taxpayer who is funding it. When [the Conservatives] talk about taxpayers, I sometimes wonder if they think we as nurses, or people that work in the NHS, don’t pay taxes. They need to think about that.

What do you think about returning the decision on pay to the independent pay review bodies?

[They are] ‘independent’, but told by the Government they can only do so much. So that’s not independent at all. The Government made the pay cap. It should be responsible for the pay increase.

Mr Hunt has said that the Chancellor told him that any money to cover a pay rise can only be provided by the Government budget if the NHS was made more efficient. What does that mean for nurses?

We cannot be any more efficient. We’ve made these savings. We’ve come down to the bone now, just like local government. They want us to make more efficiency savings, but in what?

Any time they don’t want to give you something, they say you’ve got to make efficiency savings. All of us know we are doing that, but we can’t do it any more. Something has to give and unfortunately, as a nurse, it might be patient care. There are not enough of us to give the proper care that we need to.

Most of our readers are practice nurses, so if a pay rise was brought in, the GP employers would not necessarily be required to match it. What should these nurses do to get
a pay rise?

The best bet is to join a trade union. That will give you collective support. Trying to fight these things on your own doesn’t work but if you’ve got a union with masses of people, it makes a difference.

Do you think being a nurse helped you to get elected as an MP?

It certainly did. When I knocked on the doors, I could tell people about the austerity that we’d been under, how no-one had had a pay rise, and how the services have actually gone down. I also got to see that the public doesn’t blame us. They can see the pressures we are working under and that it is not our fault.

Why do you think there is a low representation of nurses in Parliament, considering the size of the workforce?

Nurses never thought they were political. I think the realisation is now that to make the changes, and stop some of the things that are happening to people who work in the NHS, you need people in those political positions. I’ve got 40 years of nursing experience, so I’ve seen every change since the 70s, so I speak with some authority when dealing with anything in the NHS. I was also a representative, not only of nurses, but also of porters and everybody that worked in the NHS, the whole team, while at Unison. We need more MPs with that experience.

What would Labour do differently with the NHS?

Where are they? He keeps saying this – but where are they? And it’s not in relation to population increase either, he’s talking about the ones that are doing these courses, the associates.
And guess where they’ve come from — they’re already in there anyway. All he’s done is just moved the numbers around, and said they’ll call them associate nursing training, but it’s the same numbers. So when I can actually see physical numbers that tell me ‘x’ amount have been recruited into those particular places, then you can tell me about 12,000. But I know it’s not there, you know it’s not there and everybody who’s working in the NHS knows it’s not there.

What do you think about all the new pathways into nursing that are being developed, especially in light of the bursary being scrapped in England?

When I started in 1977, we didn’t have bursaries. We had a wage, like a minimum wage, but at least it gave us something. We got paid for doing training, because we were working on the wards, as degree nurses are doing now. My daughter did a degree in nursing, so she did the nights, the weekends, the bank holidays. Now imagine if you’re 18 and you’re expected to pay tuition fees of £9,000 a year to work, to get your clinical hours. Do they really think people are going to do that? Not for long. The dropout rates, which are high already, are going to increase. The profession needs to have a degree nurse, I absolutely believe that. But we also need the bursaries back because whatever your background, you should be able to train to be a nurse.

If the majority of nurses train through the apprentice role in future, do you think that will have a negative impact on nursing?

There is always a need to expand nursing, but I also know that the traditional nursing degree is not a bad thing. My concern is that if we don’t have the degree, the Government will start doing nursing on the cheap again and take away the professional aspect, as it is doing with teaching. The university nursing degree is something we fought hard for. I also understand people should have other routes open to them, but to not have a degree route would be wrong.

If we look at all the other countries, we used to be classed as the best professionally and we could go anywhere in the world. I don’t think we’re going to have that now. England’s nursing will be sub-standard compared with everybody else’s.

How should nurses combat this and get back the respect of the Government?

Fighting for better pay is part of it, but it’s also about getting rid of the Conservatives, because they’re never going to change. Jeremy Hunt has been like this for the last seven years. The only way we’ll see a difference is if there’s an election, which could come any time soon, and we get people to vote Labour.