Professor Ian Norman: ‘In the long run scrapping the bursary might enhance nursing’ 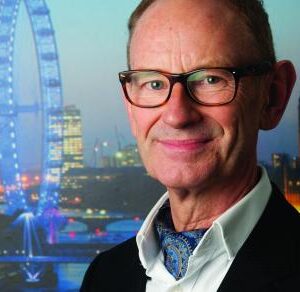 Following plans to overhaul the workforce and scrap the nursing bursary, Alice Harrold speaks with the executive dean of Florence Nightingale Faculty of Nursing and Midwifery at Kings College London to find out what the future holds for the profession.

Following plans to overhaul the workforce and scrap the nursing bursary, Alice Harrold speaks with the executive dean of Florence Nightingale Faculty of Nursing and Midwifery at King’s College London to find out what the future holds for the profession

This is set to be a year of upheaval for the nursing workforce. The first 2,000 nursing associates will be trained during 2017 and join the workforce the following year.

Nursing apprenticeships will start this September, and the first set of English student nurses will begin studying without a bursary, amassing £9,000 in debt each year. Those in Scotland and Wales will continue to receive the bursary next semester, but the future of funding remains unclear.

So how will these changes affect the UK’s future community nurses? Nursing in Practice reporter Alice Harrold sat down with Professor Ian Norman, executive dean of Florence Nightingale Faculty of Nursing and Midwifery at King’s College London, to find out.

Do you feel that there is currently a good appetite for student nurses to go into out-of-hospital care?

The trend is definitely towards a community-based, primary care NHS. When I was a mental health nurse practising some years ago, most colleagues went into acute services and hospitals. Now, that is almost a specialism – all mental healthcare is in the community, so things are turning around.

A focus on person-centred care is standard in nursing degree courses today. And of course, we need placements that reinforce that. There has been a gradual move towards that but we really need more community placements.

It has been suggested that GPs are currently better employers for nurses than the NHS. Is this opinion present among your graduates?

I think, basically, employers have to recognise that nurses are an incredibly valuable resource. I’m pleased to hear what you’re saying because it suggests to me that GPs are realising that if they get a practice nurse in the surgery, this is going to be of great benefit to them and their patients and will allow them to do things that they might not otherwise do.

What is your opinion of the nursing bursary in England being scrapped?

I will reserve judgment. What’s clear is that the previous system of commissioning did not work. It was not producing enough nurses and midwives. The replacement of the bursary by the loans was, I think, put forward as the least worst option.

I think that its impact in the short term will probably lower the number of students coming into nursing, certainly in September. If I had an estimate of that, I think it will vary across the country, but overall a 20% drop is likely, I would say.

In the long run, it might enhance the status of nursing because people are actually paying to do it – they’re investing their own money into it, and in fact, it may well increase the regard that nursing is given. Also, it might even lead to remuneration, because
if people are investing their money in being nurses or midwives, then employers will have to compete for these people.

My biggest concern for the bursary is that we have postgraduate diploma students – those who’ve already got a first degree. They are particularly excellent students and very well regarded by employers.

I think the big danger of the bursary is that, in fact, it may well put people off going into nursing if they’ve already got a first loan. It strikes me that the Government is very alert to this, because that’s been protected in September but the jury’s out as to what’s going to happen after then.

What do you think about the decision in other countries to keep the bursary?

Wales and Scotland have taken a political decision, and it’s an opportunity cost. If they choose to support nursing through the bursary, in many ways they choose not to spend that money on something else.

In hindsight, what I would like to have seen is the Government taking a more staged approach, because when they introduced loans into the university sector, they didn’t just start at £9,000 – the first was £3,000 and then you’d model it to see what happened. That’s one of the things Wales and Scotland may be doing – sitting back and waiting to see what happens here and learning from it.

We will need to see if it makes a big differential impact across the various branches of nursing and if it leads to the exclusion of particular groups who have something to offer, in particular the widening participation group. I think it would be a great loss if that happens.

I might be wrong, but I suspect it will vary and I suspect that maybe the South East and London may be hit more than some other parts of the country where it’s cheaper to live, but that’s pure speculation.

What is your assessment of the nursing associate role?

What you want is a healthcare worker who has the appropriate level of capabilities and skills for what they are doing, and also somebody who’s operating to the limit of their education, experience and competence.

What do you say to those who feel this role will be used as a cheap way to recruit nurses?

I think that’s an issue for the NHS trusts and for the employers. What they need to do is to think to themselves, “Does this individual have the training, experience, education and capability to do this job, and to work at that particular level?” If healthcare managers stick by that, there’s no reason why people should be doing jobs for which they are not equipped.

Are student nurses thinking, “Why am I doing this degree, why don’t I do that instead?”

You’d need to ask the students. Some students may be concerned about that, but I think this misses the point about the fact that the registered nurse could do more. I’m a great believer in advanced practice roles in nursing and the registered nurse could be seen as someone who does far more – diagnostics, physical assessment, leadership, managing teams and so forth. I think it’s a bit of a narrow view to say, “Nurses are doing that today and these people are going to encroach on our territory”. That strikes me as tribal and protectionist and what we ought to be looking at is what’s to the benefit for the patient. And I would say it ignores the fact that registered nurses could do a heck of a lot more than many of them do.

What is your opinion of nursing apprenticeships, which health secretary Jeremy Hunt announced in November?

So long as it doesn’t dilute the capabilities of the registered nurse, then I’m all for it as another pathway in. I think the problem is that it conjures up a very old-fashioned view of an apprenticeship.

It could also provide a route where people will not pay fees, because if fees are here to stay, there will be some people who can’t pay them. This provides another route if they can be employed part time.

How can we ensure that a nursing apprentice is not thrown into a difficult situation in the workplace too early on?

They shouldn’t be thrown into a situation where they’re not able to cope and don’t have those capabilities and experience, because that is a threat to patient care. It just needs thinking through. We need good educational planning, whether at apprenticeship level or degree.

Do you sympathise with nurses’ concerns that in the next couple of years they are going to have to look after nursing associates and apprentices?

I would say that mentorship is part of a professional responsibility. We have to mentor the next generation of nurses and midwives and we’ve always needed to do that. I think what’s important is that employers support people to be able to do that, and not to do it to the detriment of other responsibilities. If that happens, it’s just bad management.