RCN members raised concerns about the pay deal, but we were ignored 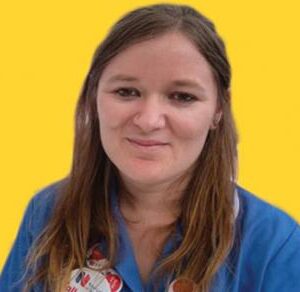 We have been failed by our leaders at a time when we very clearly needed leadership.

During my two years as a registered nurse my concern for our profession has deepened. We are in a nursing workforce crisis. There are simply not enough nurses, more are leaving the register than joining, and it is patients who are sadly feeling the effects of this.

When I catch up with friends from university – my peers – I hear stories of how stressful their jobs are, how they cry regularly because they simply feel like they cannot do their job; that the demand on them is too much; and how after these experiences they wish they had never thought of becoming a nurse. They are thinking of leaving or have left the profession altogether. This all within two years of qualifying.

Last year Royal College of Nursing (RCN) members campaigned to lift the public sector pay cap, when after years of austerity our salaries had dropped by over 14% in real terms wage. We hoped that if we were to get a pay rise it would help nurses to feel valued and assist in recruiting and retaining more numbers.

The NHS pay deal in England, however, was divisive and poor. Many of us felt it did not go far enough and that it would not help in any way to adequately compensate the nursing profession. Alas, after a very uninspiring campaign the deal was accepted by RCN members and so it was implemented in July.

What was not expressed by the RCN was that only those on the top of their bands would get a 3% rise, and that nurses like myself would only get a 1.5% rise until our increment date.

It was also stated by the RCN during the campaign that the deal would be fully funded by the Treasury. However, we have found out since the deal was accepted that this will not be the case in the second and third years.

And let us not forget the confounding and ever-changing pay calculators and information sheet the RCN distributed, which even after being labelled as ‘confusing’ by the independent review, is still sent to RCN members in Wales.

People are understandably angry, hurt and deceived by these miscommunications. Nurses made financial commitments and plans based on what they thought they were going to get. For too long our pay has fallen and we have felt insulted and undervalued. This was the chance to get it right for nurses, but again we have been let down.

The extraordinary general meeting (EGM) in Birmingham on 28 September, called after a petition was submitted to the leadership, will be pivotal in getting answers, holding our leaders to account and moving forward.

The initial findings of the independent review by Electoral Reform Services further confirmed to me why I have no confidence in our leadership. RCN members raised concerns from the start about the deal and about the messaging, but our concerns were brushed aside. We were branded as having various ‘motives’ and we were not listened too.

Ultimately, we have been failed by our leaders at a time when we very clearly needed leadership. Where was the scrutiny over the agreement? Why were the RCN scared of threats from the Government that if they did not positively promote the deal they would remove it? This would have caused a national scandal had it been released.

At the EGM I will be putting the case forward to support the resolution that we have no confidence in the current leadership of the Royal College of Nursing and call on Council to stand down, and I urge you all vote to agree with the resolution. If you cannot attend, you can name another member as your proxy vote and I am happy to do this.

The handling of the pay deal has further amplified to me the real disconnect between those who govern and lead us, and the membership. Many of us feel pushed out, isolated and have been made to feel like the enemy for having different views to those who represent us.

We need to be a fighting force for our profession at a time when things are falling apart. Agreeing with the resolution will not solve our problems overnight, but it will be the first step in a long marathon of change within the RCN.

For those who are asking for clarity of what would happen if the resolution went through, that is a question for those in position at the RCN to plan for, and I hope they will have done so already.

No matter what decision you decide to make, please make sure you exercise your right to take part in a democratic vote. This is your union!

Nursing is in a storm, we need people to lead us who are not afraid to challenge, who question and who listen. The RCN needs to become member-led. Unless things change dramatically, I think my concern and my worry for my profession will only get worse. The time is now for the RCN to become the voice of nursing.

Danielle Tiplady is a nurse in London and RCN member