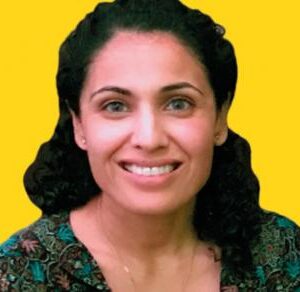 Robana Hussain-Mills put her money where her mouth is when she was appointed deputy clinical director of Nottingham City East primary care network.

I found the formation of primary care networks (PCNs), which began in July 2019, quite exciting – even though some of my colleagues groaned at the thought of another change. After watching practice nurses urged to take the opportunity to become a clinical director of a PCN, with little uptake, and again for the deputy posts, I wanted to show other nurses within my patch that they too could take up a clinical directing role.

In the end, I put my money where my mouth is and managed to secure my role as a deputy clinical director of a PCN on 1 August. We have some of the best and brightest nurses working in general practice – but with just 19 nurses appointed as a clinical director of a PCN so far, I believe we are missing out on an inspirational source of leadership as the new networks emerge and develop.

What a rollercoaster of events and emotions it has been since I was appointed. In all honesty, I did not know how I would be received once I became a deputy clinical director, as all the directors and deputy directors of PCNs in my patch are general practitioners. Plus, the historical relationship between GPs and practice nurses has been on an employer-employee basis.

Therefore, one of the biggest surprises in taking up the role is and was the support I have received within the PCN locally and nationally. I have received messages of congratulations in person and via social media from clinicians and non-clinicians working in healthcare – some whom I have never met in person, which has had a positive effect. There is also support available from other nurse clinical directors and deputies nationally, which has been invaluable and a great source of encouragement, especially when I have ‘imposter’ moments.

Becoming a deputy clinical director has been a rewarding yet challenging – but not because of how I am received as a nurse. One of the biggest hurdles has been simply finding time to attend duties such as meetings, workshops and practice visits, as my clinical director roles demand one to two sessions a week.

It is also tricky to find the ‘head space’ as we keep ahead of a huge amount of information and data, such as the demographics and health of our own population. This information is vital as it helps us to tailor services and care to meet those needs. It is also helpful to look at trends nationally and at what other PCNs are doing, which is shared through digital media and – for the select few who can get time off from general practice – workshops and events locally and nationally.

But to make sure PCNs succeed, I am sure many across primary care contribute hours above and beyond what they are contracted to do. It feels truly like a team effort. Though it is early days, I have so far been treated as an equal within the world of PCNs, respected and valued for what I bring to the role, which includes promoting the voice of nursing.