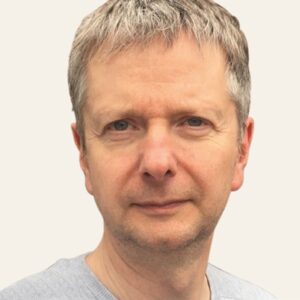 In recent years the traditional GP partnership has been in decline. Newly-qualified GPs have opted for salaried or locum posts and established practices have struggled to recruit.

The gap in provision has increasingly been filled by non-medical clinicians, most commonly advanced nurse practitioners (ANPs). ANPs were once perhaps rarities in practices but are now becoming central to the activity of the speciality.

My own practice of 7,500 patients was a partnership of five GPs until 2015. Now I am the sole GP principal, supported by five salaried GPs (four working part-time) and three full-time ANPs. One of our ANPs comes from a mental health background and is the practice’s mental health lead. The other two nurse practitioners come from a generalist background and see a mix of triaged patients. The practice also employs a part-time clinical pharmacist.

All of the clinicians in my practice play a vital role, and it is inconceivable that we would, or could, return to a service that is delivered solely by GPs.

However, there is a clear imbalance in representation. Local Medical Committees (LMCs), which are divisions of the General Practitioners Committee of the British Medical Association (BMA), have a statutory role to represent the interests of GPs and practices at a local level. LMCs represent all GPs, regardless of whether they are GP principals, salaried GPs or locums.

Non-medical clinicians such as ANPs are not represented by LMCs – except perhaps where there is an indirect impact on the practice as a whole. They will rely on representation by their own professional organisation – for example, the Royal College of Nursing in the case of ANPs. These organisations will have a very broad remit, and members who are clinicians working in primary care will represent only a small proportion of their total membership.

This historic fragmentation is unfortunate. It means that nurses and other non-GPs working in general practice do not have a united voice and do not benefit from a strong and united negotiating position. It means that other organisations can claim to be ‘representing and supporting the interests of all healthcare professionals in primary care’. Such organisations may be highly self-selective and unrepresentative of typical British general practices, leading to a distortion of policies and goals for the entire speciality.

Mid Mersey LMC have recently put forward a motion for debate at the Annual Conference of LMCs (which is in Belfast on 19th-20th March) that ‘given the increasing role of nurse practitioners and other non-medical clinicians in primary care, conference considers that GPC and LMCs should now take steps to ensure representation for all clinicians working in general practice’.

The time has now come for the BMA to introduce associate membership for non-medical clinicians working in general practice, to give all clinicians working in the speciality an opportunity to participate in and to be represented both by LMCs at a local level and the BMA nationally. There is now an outstanding opportunity for doctors and non-medical clinicians to work together cooperatively within these structures to better protect and develop general practice.