The Government needs a reality check on health visitors

I certainly welcome that a body such as The King’s Fund has provided an analysis, but I’d suggest that the picture in some parts of the nursing workforce paints a much bleaker story.

Last week, The King’s Fund’s director of policy Richard Murray showed that there were fewer NHS nurses in post in April this year compared to April 2016, the first year-on-year monthly fall since April 2013.

I certainly welcome that a body such as The King’s Fund has provided this analysis, but I’d suggest that the picture in some parts of the nursing workforce paints a much bleaker story and it’s really important that we talk about these wherever possible.

In June this year, the Prime Minister boasted about her Government’s record when it came to nursing numbers. She stated at Prime Minister’s Questions: ‘Of course we now have more nurses in our hospitals than we had in 2010′. I had cause to write to her to challenge this statement. Although it is true that the number of nurses and health visitors increased in those years, when this is corrected for the growth in the population of England, which has gone up by 2.6 million people in a similar period, you find that the number of nurses per person has fallen by 4.8%.

When you look at the mental health nursing profession, you find that over this period of time the number of nurses has dropped by 13.1%. When you then factor in the change in population, this changes to 20.8%.

It’s no wonder then that when you look at surveys carried out by Unite in Health, and other nursing trade unions and professional bodies, they report a profession under great strain.

Another nursing profession that has hit the headlines this week is health visiting. The Labour Party, to coincide with their Shadow Health Secretary, Jonathon Ashworth’s appearance at their national conference, reported on a 9.5% drop in the number of health visitors from June 2016 to June 2017. Whichever reference period you use, NHS Digital statistics are very worrying.

When I looked in to the data last month, I uncovered the fact that the national average caseload for a health visitor (children under five years) has increased by over 15% since the end of the Health Visitor Implementation Plan. The reality to this is that although the government mandates only five health checks, many families fail to get them.

Turning to think of solutions, you need to look at some of the recent policy that has led to this crisis. The Government appears to have now scrapped the NHS pay cap. This is welcome, but if this scrappage scheme is not followed by an above inflation pay rise, it will be less than meaningless.

On Brexit, we know that the reliance we have on EU nurses to help fill the gap will be seriously undermined.

But the Government also needs to recognise that those nurses may well be living in families where we need to similarly attract partners or spouses to our shores, so just putting nurses on a special access list may have limited results.

The Government has also announced a number of initiatives that may, in the long run, help. An example is Nurse First, a scheme announced in March 2017. However, the intake of students in to the first year of the pilot programme was just 40. This equal just 0.8% of the numbers of mental health nurses that have gone since 2010.

Another initiative that I believe definitely won’t help is the removal of bursaries for undergraduate health studies, which should be reversed. This was also further hampered by the late promises of support for placement costs offered for the 2017/18 cohorts.

If the Government wants to continue to boast about it’s record on nursing and health visiting workforce numbers, I’d suggest they need to roll up their sleeves and deliver.

DHSC’s £172m for nursing apprenticeships ‘will not solve workforce gap’ 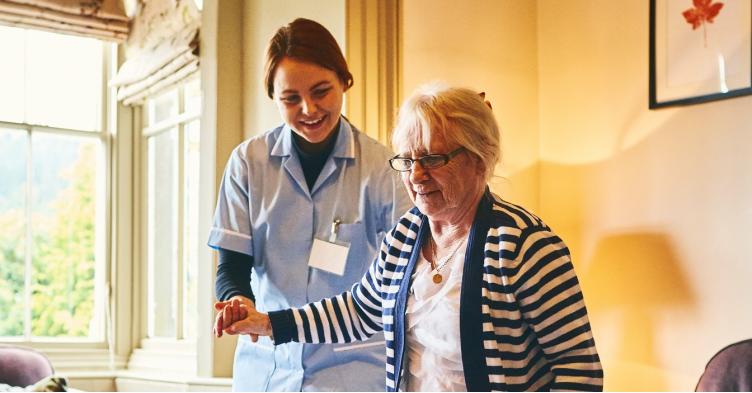