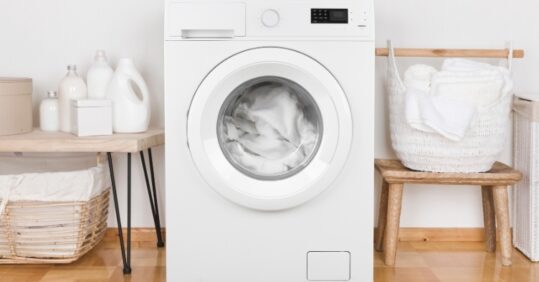 A recent UK study (1) found that 44% of nursing staff washed their uniforms below the recommended temperature of 60˚C. The authors concluded: “not all healthcare staff are following the recommended hospital guidelines.”

Unfortunately, the Department of Health (2010) guidelines (2) are vague: they advise: “a 10-minute wash at 60˚c is sufficient to remove almost all micro-organisms”; yet state that “washing with detergents at 30˚C will remove most gram positive micro-organisms, including all meticillin-resistant Staphylococcus aureus.”

But does it matter? After all, professor Heather Loveday – current president of the Infection Prevention Society – co-authored a 2007 report (3) that concluded: ‘there is no good evidence to suggest uniforms are a significant risk, that home laundering is inferior to commercial processing of uniforms, or that it presents a hazard in terms of cross-contamination of other items in the wash-load with hospital pathogens.”

Professor Loveday maintains this view (4), saying that “there is no compelling scientific evidence that uniforms or workwear contribute to healthcare-associated infections (HCAIs).”

But compelling scientific evidence that uniforms or workwear can contribute to HCAIs is presented by Wright et al (4), describing an outbreak of Gordonia bronchialis directly linked to a nurse anaesthetist’s scrub attire which “likely became contaminated by her home washing machine. The outbreak ended after disposal of the implicated washing machine.”

Domestic laundering of healthcare workers’ uniforms demands review. Meanwhile, what practical steps can be taken? The United States Centers for Disease Control and Prevention recommend washing contaminated laundry at water temperatures of at least 70˚c (6), and the Royal College of Nursing (7) stipulates that “uniform fabrics must be capable of withstanding water temperatures of at least 60˚c”.

For primary healthcare nurses who wash their uniforms at home, Riley et al (1) recommend washing uniforms separately after every shift and within 24 hours of the shift starting with detergent at a minimum temperature of 60˚c.

However, as Mitchell et al (6) point out: “the laundry conundrum is further complicated because, even if the laundering procedures, whether at home or at work, produce clean textiles, bacterial recontamination of these surfaces will occur within hours of donning newly laundered uniforms.”

Minimising infections demands a multi-faceted approach, so what else can be done? Since healthcare workers’ hands contribute to the transmission of HCAIs, one strategy is the sustained enforcement of proper hand-hygiene and glove-use protocols. Another is to adopt technologies that use textiles with embedded antimicrobials. Thus, Mitchell et al (6) cite a study which found a reduction in MRSA on scrub suits that had a “breathable, fluid barrier and non-leaching antimicrobial activity compared with scrubs that were not treated.”

But if the role of healthcare workers’ uniforms in the transmission of infection is doubted, why should workable technologies that help address what many consider to be a problem be adopted?

Department of Health (2010) Uniforms and Workwear: Guidance on Uniform and Workwear Policies for NHS Employers. The Stationery Office, London.

Loveday HP, Wilson JA, Hoffman PN, Pratt RJ (2007) Public perception and the social and microbiological significance of uniforms in the prevention and control of healthcare-associated infections: an evidence review. Journal of Infection Prevention. 8, 4, 10&minus;21.

Mitchell A, Spencer M, Edmiston C (2015) Role of healthcare apparel and other healthcare textiles in the transmission of pathogens: A review of the literature. Journal of Hospital Infection (in press at the time of writing).