What will become of the nursing bursary in Wales? 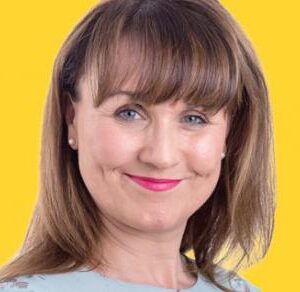 Nursing has become an all-graduate profession, leaving behind the ‘hand maiden approach’ and allowing nurses to look to their professional future with confidence. The expectation that nurses can develop and grow in areas that were once only thought of as the exclusive domain of our medical colleagues is a development to be celebrated.

However, is there risk that the Welsh bursary system will be affected by the decision to scrap the bursary in favour for the student loan system in England? The Government has suggested that £800m will become available per annum once the bursary scheme is replaced this coming year.

Meanwhile, the Welsh Assembly Government has confirmed that the bursary will remain available to Welsh student nurses. The question is, however, for how long? We are living in an era of austerity, regardless of geographical location. The concern, which I share with my Welsh Assembly members, is that ultimately Wales will follow suit and stop granting bursaries.

It could be argued that student nurses are in an enviable position, seen as being paid to train for their first level degree – whereas any other students completing their first academic degree find themselves in a position of debt immediately upon graduating.

However, when you look at this more closely, student nurses spend 50% of their training in the clinical setting working directly in patient care, increasing to working full-time shifts in the final three months of their training – all while maintaining their academic studies.

Should a loan be brought into effect in Wales, student nurses would essentially be paying for their training – a system like that of the United States. When you also consider the fact that student nurses are required to work closely with their clinical mentors, not to mention the ongoing assessment and reflective accounts, they have little opportunity to supplement their income with other employment.

The introduction of student loans for nurses rather than bursaries is likely to have an adverse effect on some student nurses who are struggling financially and feel that supplementing their income is the only solution, leading to possible academic failure. They will then become responsible for their student loan debt.

There is little doubt that the introduction of the student loan in England will be watched very closely from across the water in Wales, but with the Royal College of Nursing (RCN) set to provide further evidence to the Welsh Assembly on the benefits of maintaining the bursary in Wales, the hope is that the status quo will hold fast.

Student nurses deserve all the support that both the Government and the profession can afford them. They are the future and, like fledgling plants, we have to nurture and care for them to realise their goals. We should not – as the Government would have us do – treat them as any other student.