‘Accounting for population change, entry rates for 18-year-olds into nursing have grown’ 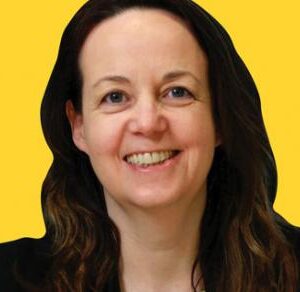 Helen Thorne, director of external relations at the Universities and Colleges Admissions Service, talks to Nursing in Practice about the outlook for nursing applications

Helen Thorne, director of external relations at the Universities and Colleges Admissions Service, talks to Nursing in Practice about the outlook for nursing applications.

Do you think the outlook for nursing in England is as bleak as the application statistics suggest, given the sharp drop in the numbers applying for nursing?

Demand for nursing courses from younger people remains steady. The Office of National Statistics’ population data shows there are around 2.3% fewer 18-year olds in England’s population this year compared with last year. Taking that into account, the proportion of 18-year-olds applying for nursing courses has remained consistent, at 1.4% year on year.

Have the numbers of those being accepted or placed onto a nursing course seen a similarly steep decline?

The drop in the numbers of students accepted onto nursing courses isn’t as pronounced as the headline drop in applications. Acceptance numbers currently stand at around 18,940 English students, a 4% drop on 2017, although they are the lowest since 2013.

If the population change affecting young people is taken into account, entry rates for 18-year-olds have actually grown this year; 0.8% of all 18-year-olds in England have been accepted onto a nursing course, compared with 0.7% in 2017 and 0.6% in previous years going back to 2010.

Other than the removal of the bursary, do you feel there is any other explanation for the reduction in the number of people in England applying to nursing courses?

It’s clear that older students are more sensitive to changes in the availability of financial support, as shown by the fall in applications for nursing courses after the change from bursary to loan funding. This is a factor we highlighted in our response to the Government’s review of post-18 education and funding.

With around one in six of all applicants aged 21 and over applying to nursing courses, wider trends affecting applications from mature students, such as changes in the job market, may also be a factor in influencing when people might look to make a career change into nursing.

What are the most common questions and concerns that UCAS receives from people considering an application for a nursing course?

Our team who support university applicants say that nursing applicants tend to ask similar questions as applicants for other courses, such how to write a good personal statement. However, we also receive questions about start dates and when to apply. With some nursing courses beginning in January rather than September, the application timetable may be slightly different. This means people either apply slightly earlier in the cycle to start a course in January, or they apply during the usual application window and start their course a few months later than students applying for different courses.

Have you seen a change in the general profile of a student nurse over the last five years or so?

Over the past 10 years, most applicants from England accepted on nursing courses were aged 21 or over. This is the opposite of many other subjects where mature students make up a minority of acceptances.

Our mature students report, published in July, found that, overall, older students are more likely to apply to nursing courses, live at home while they are studying and apply later in the year than 18-year-olds.

What potential is there for growth in non-EU applicant numbers? Most application deadline statistics are showing reasonable increases for this cohort.

The number of applicants for nursing courses from outside of the EU has grown since 2016, but overall remains a small fraction of the total numbers applying. As of the end of June this year, 750 people from outside the EU had applied for nursing courses and, by the end of August, 120 had a confirmed place. Although the numbers are small, they are rising, which is testament to the welcome and international reputation of our world-class universities. As there is no cap on the number of students that universities are able to recruit to nursing courses (unlike medicine), there is room for growth in non-EU applicants.

How many people are turning down offers from institutions, having applied for a nursing course? What are the reasons given, if any?

While it’s hard to put a specific number on this, we know that as applicants get older, they are more likely to make applications that are focused on fewer courses and often a specific university or college — over 40% of those aged 36 and over applied to a single course in 2017. Since nursing is very popular among mature applicants and very competitive, the number turning down a place is likely to be small.

Have you found that the admission requirements to nursing undergraduate courses set by institutions have been reduced in order to widen the available pool of potential applicants?

It’s up to individual universities and colleges to determine the entry requirements for their courses. Since number controls were lifted on most courses in England, many universities and colleges have sought to increase the number of students they admit. UCAS analysis shows that this opportunity, coupled with reforms to qualifications and the declining young population has, on average, resulted in a softening of qualifications needed for entry across all subjects.

However, demonstrating prior experience, interests and skills remain important for adult entry to nursing, and there is no indication of this changing. It’s important that applicants discuss their experiences and reasons for wanting to become a nurse as thoroughly as they can in their personal statement and as part of their interview.