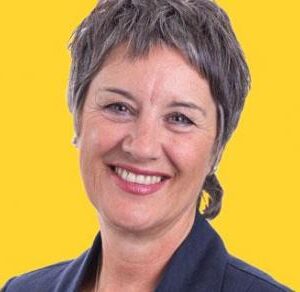 I think I reflect the views of a lot of Royal College of Nursing (RCN) members when I declare I’m fast losing my confidence in the College.

I think I reflect the views of a lot of Royal College of Nursing (RCN) members when I declare I’m fast losing my confidence in the College.

The leaked email from the RCN Council, asking RCN members to vote to retain them at the upcoming extraordinary general meeting, has really surprised me. The email sets out the Council’s case to take forward the changes the Council have promised, but also discredits the members that have called for the motion of no confidence. This does not feel comfortable: an open, full and fair debate needs to be had – so members can make up their own minds. And it might just backfire as nurses are seriously questioning the judgement of their dedicated nursing body, run by nurses for nurses.

This is the latest in a series of recent RCN blunders made by the existing elected RCN Council.

Pay is a top and pressing issue for nurses and the RCN was trusted to fight for the best, and much needed, pay deal that we could get in the 2018 NHS pay negotiations with the government.  They advised us to accept the deal – and, as I recall, we were told ‘nurses were delusional if they think they can a better offer’. So nurses voted to accept the government offer. The promised increase did not materialise with only 50% of members getting a 3% pay increase straight away; nurses  are justifiably angry at being badly advised and fundamentally let down.

The RCN seemed to move quickly to address the whole sorry saga, with Janet Davies’ resignation as chief executive, and they formally admitted their interpretation of the government pay offer and their communications to members was short of what it should have been.

But it is damaging that the independent interim review, conducted to look at the RCN’s handling of the pay deal process, has reported that the College had a poor understanding of the deal, gave out inaccurate information and worse, bowed to Government pressure  to ‘sell’ the offer to the membership .

Although the existing Council have admitted errors and shortcomings, and made changes to the structure of the organisation, I think there is a requirement for the RCN to be absolutely transparent and squeaky clean in any dealings with the members. They have a tarnished reputation that they must redress quickly and dramatically. I think asking the membership to vote for them to remain to ‘change the college for the better’ is a very big ask, considering what has happened over nursing pay.

Practice nurses may not have experienced the disappointing pay award as the majority are not paid under Agenda for Change contracts. But they do have a historic unease with the RCN regarding changes to their indemnity cover in 2012. Despite it being legally appropriate, as practice nurses were covered under the vicarious liability of their GP employer, the RCN communications around the issue did not please or instil confidence in practice nurse members.

The EGM will be broadcast live online on the RCN website.  I’m hoping that nurses who don’t normally vote might want to this time. This is an extraordinary general meeting for a very good reason.